US genomics lead being lost to China

NIH senior leaders are sounding the alarm bells, saying the US’s pre-eminence in genomics research is under threat 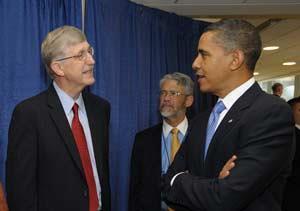 Leaders from the US National Institutes of Health (NIH) have sent a clear warning that America is losing its pre-eminence in genomics. Alarm bells were sounded when Francis Collins, who led the Human Genome Project and currently serves as the NIH’s director, testified before Congress on 10 September that the US is now significantly lagging behind China in the field.

‘The United States led the Human Genome Project and from that derived great benefit – the return on that investment was 178 to one in terms of economic growth,’ Collins told a House energy and commerce committee roundtable. ‘Yet, if you ask me now where is the largest investment in genomics in the world, it is not in the United States. It is in, Shenzhen, China,’ he stated. ‘They read our playbook, and they saw what an opportunity was there. They took advantage of that.’

The Human Genome Project has provided researchers with the means to better understand cells’ behaviour and the basis of disease. However, the US is failing to fully capitalise on that opportunity, cautioned Collins.

Since the Human Genome Project’s completion in 2003, the US has seen a steady decrease in its ability to support biomedical research. The NIH has lost approximately 23% of its purchasing power for biomedical research over those 11 years, according to Collins. These reductions, he said, have seriously threatened the nation’s leadership in a field that it once clearly dominated.

Overall, Collins described a situation where the NIH is under the ‘greatest stress that it has seen in four decades’, with young scientists finding it increasingly difficult to find research posts. ‘I celebrate what other countries are doing to contribute to biomedical research, but why would we the United States – with all of the talent and creativity and vision here – decide to exit the stage just when it was getting interesting,’ Collins asked. ‘We clearly have a critical role to play here.’

An almost identical message was delivered on 3 September by the current director of the NIH’s National Human Genome Research Institute, Eric Green, at a roundtable. During the forum, Green expressed ‘great concern’ that, despite the fact that the US has been the world leader in genomics for 25 years, the nation could lose that edge over the next five years.

‘We developed the playbook, and we are letting other countries now run with it,’ Green said. He also emphasised that the largest capacity for human genome sequencing currently resides in China, where scientists rely on technologies largely developed with the support of the US.

‘We need boldness, and we need a funding commitment,’ Green said. ‘While other countries are investing upward… we’ve been flat at best.’

But, during the House energy and commerce committee roundtable, Texas Republican Joe Barton warned that the NIH can’t expect to see its budget increase significantly any time soon. ‘The reality is you’re going to get what you get, plus a little bit,’ he told Collins. ‘In a perfect world, we’d want an increase across-the-board, but in the real world we’re going to have to find ways to do better with what we have right now.’

As a result, he urged the NIH to consider how it might best incentivise the private sector to pursue genomics and other bioscience research, such as tax breaks or schemes where the government matches any investment from private industry.