US labs urged to develop stronger ‘culture of safety’ 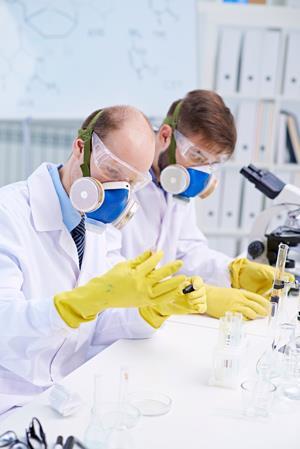 The report says a strong safety culture should be embedded at all levels, from university chancellors to research students

A major new report on safety in academic chemical research is calling on US universities to adopt a ‘culture of safety’ actively supported at all levels, from university presidents and chancellors to student researchers.

The report, issued by the US National Research Council (NRC) in response to recent serious accidents in some university research laboratories indicates that previous approaches to reduce laboratory accidents, which usually involve introducing new regulations, have not been successful enough.

While acknowledging that ‘there is always room for better adherence to regulations’, the authors say the goal of the new report is to ‘move chemical research beyond simple compliance to the adoption of a culture of safety in academic laboratories that transcends inspections, standard operating procedures, and chemical safety plans’. It goes on to say that a true safety culture represents a commitment to achieving safety even in the absence of specific rules or regulations.

The report’s authors analysed methodologies of safety culture from the industrial sector, including non-laboratory settings such as the airline industry, healthcare, and manufacturing. They list a total of nine recommendations, with the first aimed directly at the top: ‘The president and other institutional leaders must actively demonstrate that safety is a core value of the institution and show an ongoing commitment to it.’

The report names four other levels that need to be actively involved in fostering safety culture: vice presidents for research and deans of schools and colleges; principal investigators (PIs) and department chairs; environmental health and safety staff; and, of course, researchers working in the labs. It was released on 31 July and is already eliciting positive responses.

‘I found the NRC report to be impressive – simultaneously inspiring and challenging,’ says Patrick Dussault, professor and safety chair for the department of chemistry at the University of Nebraska. ‘I suspect the report will form the basis for some very productive discussions within my department and institution.’

A focus on academia

Dussault says the report’s ‘tight focus’ on academic labs gives it a ‘unique strength’. ‘The authors correctly recognize the many unique features of chemical research within an academic setting,’ he says. Those features can include a broad range of projects and therefore potential hazards, neophyte researchers, a high degree of investigator autonomy and less emphasis on hazards and safety compared to industrial or national labs.

‘I applaud all efforts to strengthen the safety culture in academic institutions,’ says Robert Hill, chair of the American Chemical Society’s (ACS) Committee on Chemical Safety. He adds that the ACS also recognises the need for institutions to foster a strong safety culture, which was the topic of a report the society published in 2012.

One recommendation, under the heading ‘Research Group Dynamics’, calls for principal investigators and chairs to make greater use of teams and groups to promote safety culture. Another urges university administrators to use ‘positive safety culture as an element in the criteria for promotion, tenure, and salary decisions for faculty’.

While generally highly supportive of the NRC report, Dussault says the inclusion of research safety as a component of faculty evaluations could prove ‘complicated’, and thinks that some of the report’s other recommendations could also be ‘challenging to implement’. The third recommendation, for example, suggests that department chairs ‘identify types of research that can be done safely with available and projected resources and infrastructure’. Dussault points out that many universities already consider safety issues before hiring new investigators ‘with regard to a program that might require particular organisms or equipment’. But he adds: ‘It would be much more challenging to limit an evolution of an investigator’s research program that involved an incremental increase in hazard.’

Hill is particularly intrigued by the seventh recommendation, which calls for the ACS to work with three other higher education organisations (the Association of American Universities, Association of Public and Land-grant Universities and the American Council on Education) to establish and maintain an anonymous reporting system for information about ‘incidents and near misses in academic laboratories, and linking these data to the scientific literature’.

He says the ACS routinely monitors press reports on academic lab incidents, but usually finds the information to be incomplete, and only rarely obtains lab incident reports from universities. ‘Finding a mechanism to gather incident information and to build a “lessons learned” database would benefit all of us and help academia strengthen their safety cultures,’ he says.