US moves to tighten ozone limits 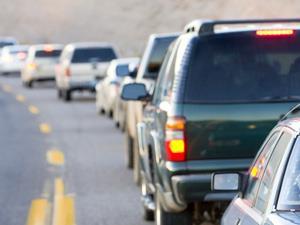 Car exhaust fumes are a major contributor to the formation of ground-level ozone, a constituent of smog

The US Environmental Protection Agency (EPA) has proposed significantly tightening air quality standards for ground-level ozone, a constituent of smog. Industry groups said the new measures were too stringent and could cost thousands of jobs.

On 26 November, the EPA announced its plan to strengthen these standards from the current level of 75 parts per billion (ppb) to within a range of 65 to 70ppb, based on ‘extensive recent scientific evidence’ about the harmful effects of ground-level ozone to human health and the environment. The EPA will also consider whether to impose limits as low as 60ppb.

Rather than being emitted by industry or vehicles, ground-level ozone is principally formed when organic pollutants and nitrogen oxides react in the presence of sunlight. This low-lying ozone typically reaches unhealthy levels on hot, sunny days in towns and cities. However, it can also be blown long distances by the wind, so rural areas can experience high ozone levels too.

The US Clean Air Act requires the EPA to review the standards every five years and they were last updated in 2008. The agency is accepting comments on its proposal until late February, and the final ozone standards will be issued by 1 October 2015.

In justifying its plan, the EPA cited data indicating that exposure to ozone at levels below 75ppb can pose serious threats to public health, harm the respiratory system, cause or aggravate asthma, as well as other lung diseases, and is linked to premature death from respiratory and cardiovascular conditions.

However, the proposal quickly met with chemical industry opposition. The American Chemistry Council (ACC) described the current ozone standard of 75ppb as ‘the most stringent ever,’ and said it hasn’t been fully implemented across the US.

‘We are very concerned that EPA appears to be lowering the ozone standard before finishing the job on the current standard,’ ACC stated. ‘We hope EPA will immediately reconsider its plans for a new standard,’ the group added, suggesting that the path the Obama administration takes will determine ‘whether America stays “open for business” to manufacturing’.

The American Petroleum Institute (API) agreed, calling the would-be EPA ozone rules the ‘costliest regulations ever’. API president and chief executive Jack Gerard said the proposal is ‘not necessary to improve air quality’. He estimated that the rules could cost $270 billion (£173 billion) annually.