Waste not, want not?

10–15 years ago, first-generation biofuels were gaining momentum as a renewable energy solution. Then came the realisation that using land to grow fuel rather than food was hard to justify. ‘I think that’s still fixed in a lot of people’s minds,’ says Karen Wilson from the European Bioenergy Research Institute (EBRI), an EU centre of excellence in applied bioenergy technology, based at Aston University in Birmingham, UK. ‘Biofuels have lost ground because of that initial reaction to the first generation,’ she laments. Wilson is now striving to promote biofuels and get the message across that there’s a lot of waste streams from agriculture and food processing that could be a viable feedstock for fuels and chemicals. 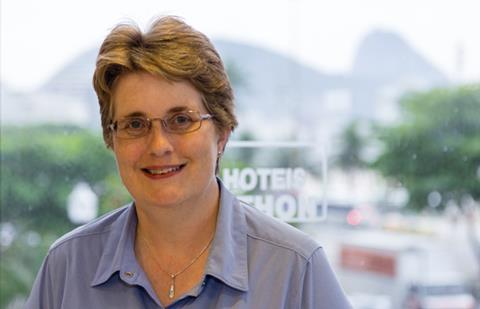 ‘We’re trying to develop biorefining technology … some components of waste biomass are actually quite high value and you can generate a product that will produce revenue for the whole process. We also investigate other processing methods that would allow you to produce other chemicals and then right at the very end of the process, when you’ve run out of ideas in terms of what you can do with the biomass, maybe then you would look to pyrolise or gasify it.’

The idea is analogous to the present petroleum industry, which produces feedstocks as well as fuels. ‘That 10% of chemicals they produce is a significant income that then makes the overall process more economically viable,’ explains Wilson.

With a background in surface science and catalysis that led her to green chemistry, Wilson was recruited to the EBRI to broaden the thermal processing expertise already existing within Aston.

Rice straw, the stem and leaves that remains after harvesting rice grains, is just one of many waste streams that Wilson and her colleagues are experimenting with. For this project, their target is a molecule called 5-(hydroxymethyl)furfural (5HMF). Steam explosion of rice straw residues gives cellulose that can be hydrolysed with enzymes. Those hydrolysed sugars can then be converted to 5-HMF with a catalyst: ‘We’re trying to make catalysts that are bifunctional with both the basicity for the isomerisation and the Brønsted acidity for the dehydration.’

Once they’ve made 5-HMF, they will look at oxidising it to give a molecule called furandicarboxylic acid. ‘That process is of great interest because the product is viewed as a replacement for terephthalic acid – you can make PEF [polyethylene furanoate] a replacement polymer for PET [polyethylene terephthalate] that you can say is bioderived.’

Wilson explains that in Asia, a common way to deal with waste is to burn it, which not only contributes to carbon dioxide emissions, but increases particulate emissions locally, creating a potential health issue. ‘Providing an alternative route to burning it means you can improve the overall environmental impact,’ she says.

From breadcrumbs to paint

EBRI researchers are supported by a business development team, so have valuable links with industry. ‘We’re collaborating with a major bread manufacturer who is looking for a more acceptable way to deal with the waste that happens naturally during the bakery process. Then we have a company who make additives for paints,’ explains Wilson. ‘So we’re working to turn the bakery waste into a chemical intermediate that can be used by the paint company, as a replacement for a molecule which currently comes from a petroleum feedstock.’

Breadcrumb waste is a perfect example of Wilson’s principle that biomass used for feedstocks and fuels should not reduce its availability for other purposes, like animal feed, and is working with collaborators from the Institute of Food Research in Norwich, UK, to ensure that these processes can be conducted in a sustainable way.

The same is true for things like straw and other agricultural residues: ‘It’s important that you look at what percentage of the waste needs to be ploughed back into the field because you have lots of nutrients, in terms of nitrates and phosphates, etc, in the waste that need to go back into the land, otherwise it would cost farmers to put more fertiliser in the land.’

Wilson also has a Royal Society industry fellowship, in collaboration with Johnson Matthey, to understand what affects the lifetime and performance of catalysts in biomass processing. When upgrading pyrolysis oils to fuels, catalysts sometimes deactivate because of different poisons that are present within the oil so they’re investigating how to either pre-treat the oil, or improve the catalyst, to make it more efficient and extend its lifetime.

Wilson acknowledges that the future energy landscape is going to be a ‘jigsaw’ of different renewable energies. ‘But the challenge with wind and solar is what happens when there’s no wind and the sun isn’t shining – you need to find a way to store the energy. Biomass has its own built in energy storage, it’s already locked in, you only use it when you need it. Of course, research is ongoing into batteries that can store excess wind and solar energy for later use, but then you’ve got to think: how big does the battery need to be? People aren’t that keen on wind turbines, so they’re not going to like a battery the size of a block of flats sat behind it,’ she says.

Biomass obviously has its own challenges, such as competing with the existing fossil-fuel based energy system. Consequently, there’s a lot of interest in ‘drop in’ replacements that make use of the existing infrastructure, such as blending a biomass-derived oil with fossil fuels and then refining the product through to petroleum.

However despite the hurdles that biomass needs to overcome, Wilson is confident that its benefits mean it is assured a place in meeting society’s energy needs. ‘As long as we rely on agriculture for food there will always be agricultural waste,’ she says. ‘So we should be making use of it.’