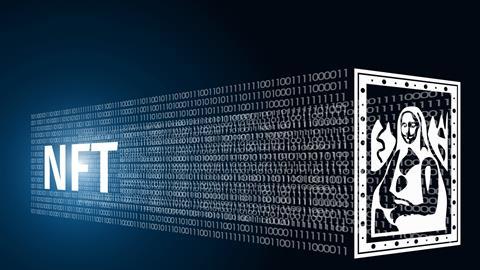 RMDS Lab, a data and artificial intelligence (AI) platform based in California in the US plans to create the first non-fungible token (NFT) marketplace for science and technology intellectual property before the end of March. RMDS was founded by IBM’s former chief data scientist Alex Liu in 2009 to create a global community of data scientists and researchers and to promote scientific innovation through data and AI.

An NFT, which is a unit of data stored on a digital ledger known as a blockchain, certifies that a digital asset is unique and therefore not interchangeable. NFTs have been gaining in popularity as a way to authenticate and exchange intellectual property (IP) in art, gaming and beyond. RMDS says ‘an overwhelming demand for NFT minting and listing’ by its ‘thousands of members and associated experts’ led to its decision to create a bourse to sell NFTs for research and technology-associated IP.

Trade in this area of digital assets grew rapidly last year after an NFT for a digital work of art by graphic designer Mike Einkelmann, known professionally as Beeple, sold for more than $69 million (£50 million) in March. The NFT market rocketed almost 43,000% between 2020 and 2021, according to the cryptocurrency exchange Binance.

The NFTs traded on major marketplaces are predominantly art IP, but NFTs for science and technology IPs have gained traction. The University of California, Berkeley announced in June 2021 that it was auctioning off the patent disclosures behind two Nobel prize-winning discoveries made there by selling them as NFTs. Part of a fundraising effort to support basic research at UC Berkeley, the scheme earned the university nearly $55,000 for an NFT based on breakthrough research behind cancer immunotherapy by the school’s James Allison in the 1990s.

‘For scientists, it is often difficult to get funding, and to get funding through the traditional channels takes a long time,’ explains Liu, noting that senior project managers sometimes spend more than half their time on these administrative tasks. ‘NFTs can simplify this and help people to focus more on their real work,’ he tells Chemistry World. ‘Also, scientists do not have many channels to reach investors, and an NFT marketplace can expand their reach.’

However, the technology that powers NFTs, as well as cryptocurrencies, is energy-intensive and has a significant carbon footprint. Liu acknowledges that the technology behind NFTs is still evolving and developing to address these environmental issues, as well as security and copyright issues. ‘We are connected to a lot of experts in blockchain AI, and we want to develop this marketplace,’ he says. ‘With our talent pool we want to help solve some of these problems and make NFT exchange better.’