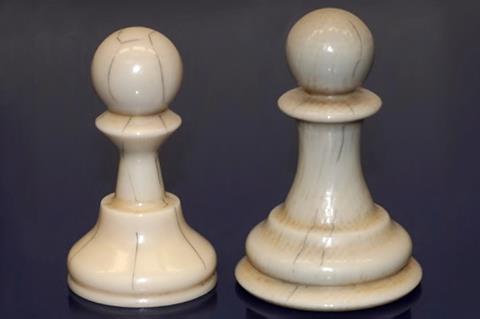 A synthetic material that looks identical to elephant ivory and which can be 3D printed at high resolution – dubbed ‘Digory’ for ‘digital ivory’ – has been used to restore historic artwork that included ivory made from tusks.

Researchers say it will be invaluable for restoration projects – genuine elephant ivory was often used in important artworks, especially in ancient China, for thousands of years – and that greater awareness of its use could help prevent the poaching that threatens the survival of wild elephants in many parts of the world. ‘There shouldn’t be a demand for animal-sourced ivory at all. There are so many alternatives,’ says Thaddäa Rath of the Technical University of Vienna. ‘No piece of jewelry or decoration is worth the death of a single animal.’

Rath and a team led by materials scientist Jürgen Stampfl developed Digory, which consists of a translucent mixture of synthetic acrylic resin and particles of tricalcium phosphate. They used it to recreate several tiny ivory ornaments that had been lost from an ornate 17th century casket in a church at Mauerbach in Austria.

Elephant ivory was once widely used in such artworks, but the international trade in ivory has been banned since 1989. Restorers are now loath to use real elephant ivory and it has become extraordinarily expensive, even when its use in small amounts is permitted under international law. 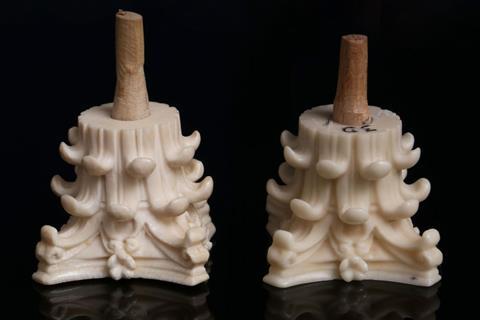 Instead, the research team and Cubicure, a precision 3D-printing company spun-off from the university, used Digory to fabricate 18 of the finely-carved and decorative ivory ‘capitals’ missing from the Mauerbach casket.

Other synthetic ivories exist, but the researchers say Digory is the first that can be 3D printed at high resolution with a technique called stereolithography, using laser light to cross-link polymers within the 3D ‘ink’ and build-up complex shapes layer by layer.

Digory boasts the same optical and mechanical properties as elephant ivory, say the researchers; it can be colour-matched and made into any shape, and it can then be polished, carved, drilled, or glued just like real ivory. The dark veins often visible in elephant ivory can also be reproduced by touching it up with a paint mixture that incorporates black tea.

Ulrike Wegst, a materials scientist and engineer at Northeastern University in Boston in the US who studies bio-inspired materials, says Digory is a ‘timely addition’ to the field that could help prevent further poaching for elephant ivory. ‘The additive process of 3D printing is ideally suited for the material and cost-effective reproduction of intricate old designs, as well as the manufacture of elaborate new designs, for which otherwise highly-skilled specialist artists would be required,’ she says.

Wegst, who was not involved in the research, notes it will be interesting to observe whether Digory ‘ages’ in a similar way to real ivory, which changes colour over time, and whether the additives used in its manufacture can prevent it from becoming brittle like some other polymers.