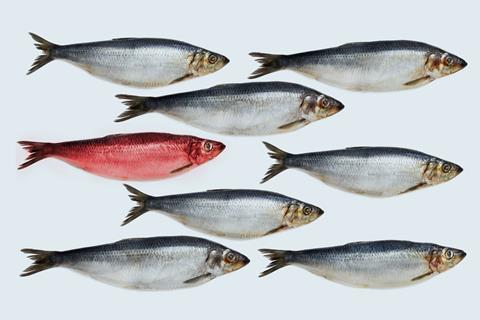 There’s something fishy about this case…

After two days of nausea, dizziness and fatigue, a 60-year old woman in North Carolina, US, called the emergency services to her home.1 Responding paramedics noted additional issues – lack of focus and factual recall, as well as drowsiness. Alarm bells went off – literally. While paramedics were rendering aid, an alarm rang out inside the woman’s home. She could not recall what type of alarm it was – burglar, smoke or carbon monoxide. It was that last type that seemed to correspond to her symptoms. Dizziness, headache, nausea and vomiting are all low-level carbon monoxide exposure symptoms. High carbon monoxide levels can cause disorientation, unconsciousness, coma, cardiorespiratory failure and death.

Paramedics, suspecting environmental carbon monoxide poisoning and concerned over the indoor air quality, moved their patient outside where she ‘appeared less disoriented’. En route to the hospital, paramedics used a pulse CO-oximeter to determine their patient’s carboxyhaemoglobin level. It was 25% – far above a normal value of approximately 2%. CO was displacing O2, tying up haemoglobin and keeping this transport protein in red blood cells from its main job – getting oxygen to tissues.

Initial blood work at the emergency department indicated the patient did not have enough functioning red blood cells or haemoglobin. With emergency treatment, she seemed to improve and become more responsive. Her haemoglobin levels increased. Then, instead of continued positive progress, she took a turn for the worse. All further attempts to render aid brought no improvement and she went into cardiac arrest. For about an hour, medical professionals attempted resuscitation. But 19 hours after paramedics first reached her, she was pronounced dead.

Her case was handed over to the North Carolina Office of the Chief Medical Examiner (OCME) to identify the lethal sequence of events that led to this apparent carbon monoxide poisoning. Over 400 people die in the US from accidental carbon monoxide poisoning each year, where it is the leading cause of non-drug poisoning, with non-fire-associated environmental exposures being the main accidental culprit.

Approximately 500 miles away and roughly 15 years earlier, an apparent accidental carbon monoxide poisoning of another woman was initially blamed on a faulty gas water heater. Within five years, blame had shifted to the women’s husband and he was convicted of murder. It was alleged he engineered his wife’s exposure to carbon monoxide, with evaluation of duct showing car exhaust exposure and the prosecution introducing images of ‘soot marks above the vent in her room’ in court. Forward in time and back in North Carolina, there was no evidence of evil engineering by anyone.

Turns out, environmental carbon monoxide poisoning was a red herring. The deceased woman’s own body had poisoned her.

Thirty minutes prior to the time-of-death call, when hospital staff were attempting resuscitation, verification came through that the woman had a rare type of haemolytic anaemia. Her red blood cells were being destroyed – something that happens normally. After an average lifecycle of 120 days, battle-worn red blood cells are cleared by macrophage cells programmed to detect, consume and destroy cells at the end of their life.2 However, when destruction is not triggered per usual but by antibodies produced because one’s immune system has identified the body’s red blood cells as unwanted substances, the result is autoimmune haemolytic anaemia.

This disease affects between just one and three patients per 100,000 every year.3 The most common type – the one our patient was diagnosed with – is warm autoantibody autoimmune haemolytic anaemia (WAIHA), which is when the antibodies targeting red blood cells react optimally at the body’s average core temperature of 37°C. While symptoms can occur gradually over several weeks, rapid onset within days has been noted in some cases.4

WAIHA, with its devastating destruction of red blood cells, meant there was not enough oxygen to meet bodily demands. The destroyed red blood cells also released haemoglobin that was broken down by the enzyme haem oxygenase. This led to elevated carbon monoxide and carboxyhaemoglobin levels in the patient’s body. She did not have enough oxygen (hypoxia) and too much carbon monoxide, culminating in her demise.

With a diagnosis of WAIHA, a full scale investigation involving a medical examiner’s office, the fire marshal and law enforcement may seem unwarranted. However, the OCME investigator was not provided with the deceased woman’s WAIHA diagnosis, only her carboxyhaemoglobin levels as determined by the paramedics and emergency department. Presented with an apparent accidental environmental carbon monoxide poisoning case, that line of inquiry was pursued to its end. Once it was clear there was no environmental carbon monoxide source, scrutiny turned to the woman’s full medical records, which led to the cause of death being certified by the reviewing pathologist as ‘complications of haemolytic anaemia’ and the manner of death as ‘natural’.

As Brian Hyson and colleagues discuss in their case report,1 it is important to not rule out possibilities prematurely, to be aware of ‘potential confounders such as natural medical conditions’, and to have access to complete records. In the pursuit of clarity, we must guard against distraction.