Twenty-one deaths over 18 years, all possibly due to the actions of one man. If substantiated, this nearly score-long unfettered run of killing is shocking – as is the alleged location of the crimes. The suspect, reported as Klaus O, is not alleged to have hunted his victims down by prowling city streets or haunts, nor breaking into the victims’ homes; instead, the deaths occurred at work. All the decedents and the suspect worked at the same plant of ARI-Armaturen, in the northwest German town of Schloß Holte-Stukenbrock.

Klaus O is reported to have worked for ARI-Armaturen for 38 years, so his co-workers’ deaths could just be the normal course of life. Indeed, the 21 deaths were not considered suspicious when they happened. In hindsight, however, these deaths appear to investigators as abnormal. ‘There were a strikingly high number of heart attacks and cancers among the death cases in the company,’ police stated. It was the company itself that invited police scrutiny … and it all started in the breakroom.

A co-worker of Klaus O was set to enjoy their packed lunch when they noticed something was amiss – a white powder had been sprinkled on their food. The employee reported the meal-tampering to his supervisor, which led to CCTV being installed in the breakroom and footage alleged to be of Klaus O tampering with two of his colleagues’ lunches. Initially, the plant manager thought the meal tampering was an ill-advised prank, but it soon appeared to be far more serious. The company contacted the police, who arrested Klaus O and found a bottle of ‘powdery substance’ in his bag. A search of the suspect’s apartment revealed a number of toxic substances, including the potentially harmful metals lead, cadmium and mercury. Analysis of a tampered-with lunch showed the unwelcome white powder was lead acetate.

As with lead itself, lead acetate is a compound known to be hazardous to health. In addition to being a known carcinogen, acute or chronic exposure can cause nausea, vomiting, muscle spasms and death. Unfortunately, lead poisoning is not pathognomonic (uniquely characteristic or indicative). Perhaps this lack of pathognomonic presentation explains, in some way, why none of the 21 deaths in 18 years were officially flagged as suspicious; they looked like the result of unfortunate illnesses rather than malicious deeds. Proving poisoning in these deaths is likely to be a monumental task and would require multiple exhumations, although the substances found in Klaus O’s home could narrow down the number of tests required.

How common are workplace criminal poisonings? The number is hard to nail down, though this case is not one-of-a-kind. One of the US’ most infamous poisoners, former physician Michael Swango, attacked colleagues and patients over several years. In the mid-1980s, Swango poisoned a half-dozen of his coworkers by lacing doughnuts and drinks with an arsenic-based ant poison. His victims survived and Swango was convicted of several counts of aggravated battery, serving prison time. Swango went on to falsify his records and continue to practise medicine, moving frequently and targeting his patients. In 2000, Swango would plead guilty to killing three patients, though he is suspected of killing up to 60 people. 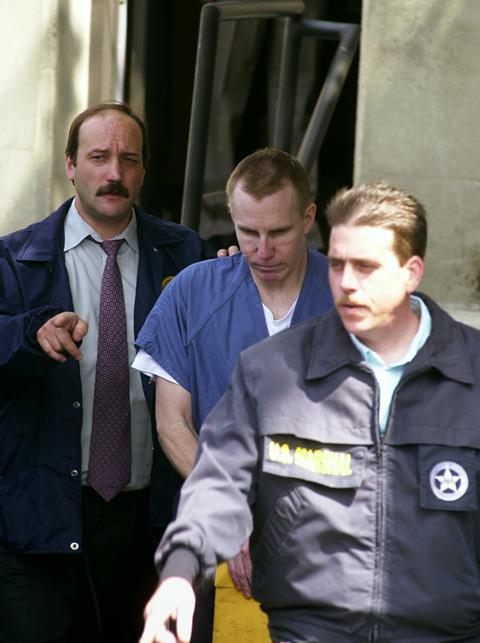 Food and drink are frighteningly easy modes of mayhem for workplace poisoners. In 2011, Japan saw five coworkers at a pharmaceutical factory fall ill in the days and weeks following a workplace tea party. While thallium was used in the factory, case reports on the incident note ‘the five patients drank tea from a teapot someone had put thallium in’.

Trips to hospital and tell-tale symptoms including lower extremity pain and hair loss, along with what metals were in the factory, led doctors to suspect thallium poisoning and tests soon confirmed the diagnosis. All five patients survived, with three being treated with iron(III) hexacyanoferrate(II) – Prussian blue – which prevents the absorption of thallium from the gastrointestinal tract via adsorption, ion-exchange or trapping molecules in its crystal structure.

Thallium also features in another US workplace criminal poisoning, which saw a dozen coworkers fall ill. As in the Japanese workplace poisoning, doctors were pivotal in identifying the underlying cause of their patients’ ailments, with treatment heading off any fatalities. This workplace’s two breakrooms, with their shared coffeepots and coffee fixings, are thought to be the source of a poisoned brew. When case reports of this incident were published in 2002, the authors reported that no arrests had been made.

The arrest of Klaus O in the recent German case is not a resolution, but the beginning of an expanded investigation. The results of that investigation and related legal proceedings will hopefully provide some sort of conclusion. Workplace poisoners are stopped, whether by being caught, being warned off, or by simply moving on. The harm they cause may or may not ever be met with some measure of justice. That is a very uncomfortable thing to consider over coffee or tea in my workplace breakroom.