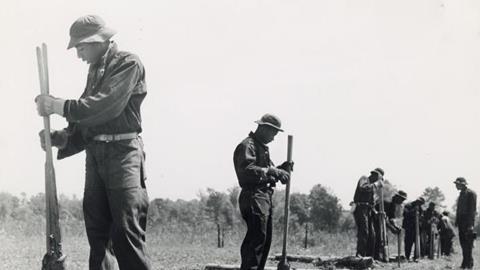 Monday, 4 October, 1937 began as usual for enrollees at a US Civilian Conservation Corps (CCC) camp with breakfast in the mess hall. Next, these CCC enrollees would work on various projects – steady employment in a decade that saw US unemployment rates reach 25%. The world was struggling with the Great Depression and the CCC was one of President Franklin Roosevelt’s national relief efforts. The CCC provided American men with work while addressing the nation’s infrastructure and environmental challenges. The CCC would come to be known as ‘Roosevelt’s Tree Army’, a moniker likely helped along by the US Department of War’s involvement in the CCC. 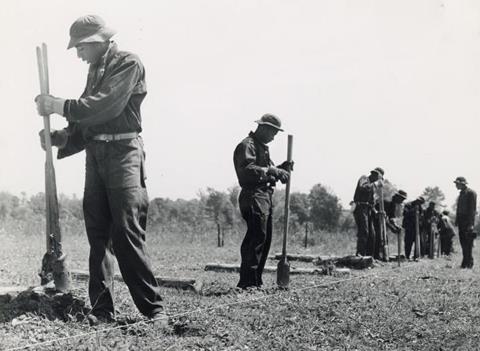 The Department of War provided training, uniforms, and various levels of assistance. Recruitment of CCC enrollees was through the Department of Labor, with work given projects by both the Departments of Agriculture and Interior. Much like the real US Army, the CCC had assigned doctors. On that October morning, which started like any other, a CCC doctor got a very odd phone call.[1] Forty-three CCC enrollees had been struck ill shortly after breakfast with symptoms any Agatha Christie fan would recognise: a rapid onset of severe abdominal pain, nausea, vomiting, diarrhoea and cramps. Arsenic poisoning.

The scale of the poisoning meant three local hospitals were needed to care for the casualties. Taken in to custody for testing was the syrup all the enrollees enjoyed at breakfast. A chemist analysed the syrup and found ‘arsenic in easily detectable quantities’. What quantities? Clearly enough for the analyst to see the test’s telltale positive colour, pointing to ‘inheritance powder’ having found its way into the CCC enrollees’ breakfast syrup. The quantities weren’t lethal – all 43 enrollees survived this poisoning. The exact quantity was not recorded in the Army Medical Bulletin report of this poisoning, which might reflect the limitations of the Gutzeit test rather than an omission of the author. The Gutzeit test was noted (and lamented) as semiquantitative. 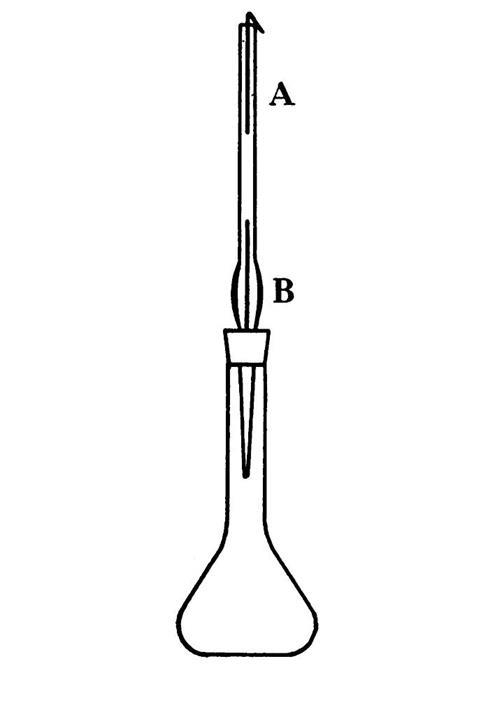 Figure 1: The Gutzeit test apparatus was simple and a variety of glassware could be used

The Gutzeit test is a multi-reagent colour test with a variety of standard and specialty glassware used as the testing apparatus.[2],[3],[4],[5] A simple set-up, illustrated by Guy Nadeuain in the Canadian Medical Association Journal, is shown in figure 1: a portion of the suspicious sample is treated with acid (use of hydrochloric and sulfuric acid are both noted in literature), producing arsenic acid (H3AsO4) if arsenic was present. The entirety of this acid digest, or a fraction, is placed in the volumetric flask along with an equal portion of acid and a prescribed amount of zinc granules. The flask is then quickly capped with the pipette-in-a-stopper to capture the (possible) chemistry colour show.

Arsenic acid (H3AsO4) is reduced to arsenous acid (H3AsO3), which is further reduced to arsine (AsH3) gas. This gas travels up the pipette, which contains two treated filter paper strips, labelled ‘A’ and ‘B’ in Nadeuain’s figure. Strip A is impregnated with a 5% solution of mercury (II) chloride (HgCl2) or mercury (II) bromide (HgBr2), B a 10% lead acetate solution. The arsine gas hits strip B first, trapping4 any possible hydrogen sulfide (H2S) gas present; the trap is important because hydrogen sulfide reacts with strip A as if it were arsine. With the trap in place, ‘clean’ arsine gas reached strip A, where the colour chemistry happens: arsine reacts with mercury (II) chloride (or bromide), depositing a yellow to yellow–brown stain that marks the formation of arsenic–mercury halogenides.*

This colour range corresponds to the concentration of arsenic, as established by the evaluation of arsenic trioxide (As4O6) standards. Sanger and Black4 described a 2–70mg As4O6 standard set as ‘[t]he color in the lowest values is a lemon yellow, shading from this to an orange yellow and through orange yellow to reddish brown in the higher values’. The test can then be compared with a standard set and sample, although the darkening and fading of test colour stains was a documented challenge2,4 – making it easy to see why the test was considered semiquantitative. Such darkening and fading also meant this test needed to be conducted expeditiously, although quick analysis was likely not a problem in a clinical setting, where a timely diagnosis in a poisoning situation is the order of the day.

The CCC enrollees poisoned on that October morning were all back at their camp within five days. Was it safe for them to return? Yes. The CCC camp wasn’t a cauldron of nefarious deeds, merely a scene of workplace sloppiness. Two months earlier, a former camp commanding officer had made up a syrup containing arsenic-based fly poison in gallon cans markedly similar to those containing breakfast syrup. This can of poison was not labelled, and would eventually find its way to the camp pantry. A CCC kitchen staffer grabbed the poisoned can, thinking it was regular – safe – syrup, and put it out for his colleagues. As Scheirer1 said in writing up this incident for the Army Medical Bulletin, ‘[o]ne feels sorry for the unfortunate C.C.C. enrollee…’ As for the commanding officer? Scheirer said it best: ‘But what can be said of a man who makes up a poisoned mixture and allows it to be stored with food without personally supervising its proper labelling or other identification?’

*The number and formula of which were the subject of much study. The products are now thought to be a mix of arsenic–mercury halogenides such as AsH(HgBr)2 (yellow) and As(HgBr)2 (brownish yellow). This colour difference adds complexity to the aforementioned concentration colour range.