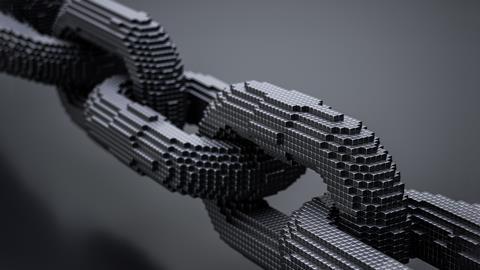 A new publishing system that uses the underlying technology behind the popular cryptocurrency bitcoin promises to solve some of academia’s thorniest problems.

A blockchain is a decentralised database that allows secure storage of digital information, meaning the data is stored in every computer in its network rather than being hosted on a single server. This makes fraud easier to track since it’s easier to spot differing records from vast amounts of entries in a network.

ARTiFACTs, a private firm in Cambridge, Massachusetts, aims to integrate itself with current academic publishing processes, instead of overhauling them entirely, co-founder Courtney Morris tells Chemistry World. The launch follows a report released last November by the research technology firm Digital Science, which called for blockchain-based technologies for the academic publishing industry.

Researchers are typically focused on getting papers published, but this means that vital pre-publication information often doesn’t make it into print, Morris says. ‘Currently, there’s no real incentive for researchers to share early works,’ he says, as their work could be stolen or misappropriated. In a blockchain-based system, however, all files would be verified and time-stamped, allowing real-time attribution of work and making practices such as data manipulation harder.

But Joris Van Rossum, Digital Science’s director of special projects, who authored the blockchain report, thinks ‘a lot of work that goes into writing a paper does not need to be recorded’, so filtering out noise may be difficult for ARTiFACTs. ‘You don’t want to be overwhelmed with data that’s not really relevant,’ he says.

Morris admits that there’s no elegant way of resolving this problem but says academics will self-police irrelevant content to some extent. Knowing the pre-publication history of a manuscript may also help guide journal publishers and peer reviewers, he adds.

ARTiFACTS also allows researchers to clarify the contributions of co-authors – a long-standing problem in academia, Morris says. All research artifacts are indexed and citeable, he adds, making it easier for users to give and take credit on the platform.

The new platform is researcher-driven and free for authors to use, notes Morris, but the firm plans to charge funders, institutions, publishers and others for information and analytical services. Intellectual rights to an artifact still rest with the authors, but the system can transfer rights from authors to publishers.

Other content-sharing blockchain platforms including DECENT, LBRY and Katalysis have also recently launched.

Earlier this month, Katalysis, Digital Science and the publisher Springer Nature announced a pilot project using blockchain technologies to fix problems in the peer review process such as the rising burden on reviewers and lack of recognition of referees’ work. ARTiFACTS isn’t yet adapted specifically for peer review, but this is high on the agenda, Morris says.

Maxim Grechkin, a computer scientist at the University of Washington, US, says the platform may be useful to study publication bias – where positive research results are published over negative ones. He questions, however, whether academics would be willing to share their preliminary ideas. ‘Over 2 million scientific papers are published every year and it is impossible for humans to keep track of them as it is,’ Grechkin says. ‘Adding intermediate artifacts to the mix will lead to even stronger information overload.’