Using citizen science to understand the impact for Australia 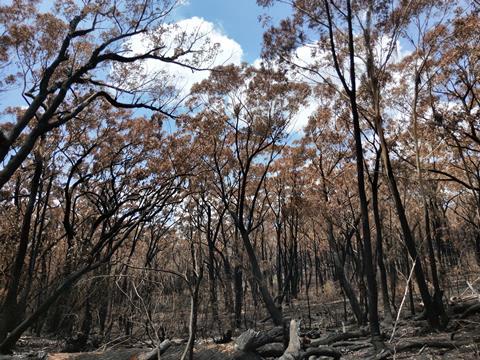 Charred and scorched eucalyptus trees stretch across the Australian landscape

This is my eighth summer in Australia. It took a little while to adapt to Christmas and New Year in the heat – swapping the once obligatory novelty sweater for swimming togs – but now it feels almost normal.

This summer has been different though. The country has been on fire.

For countless days beaches have been deserted, blue skies turned orangey-brown with smoke obscuring the summer sun, the eerie odour of burning bushlands heavy in the air.

We’re used to bushfires in Australia, but this season the fires have been unprecedented. They started earlier than usual, their scale has been enormous, and they’ve had devastating consequences. Thirty-three people have been killed, thousands of homes have been damaged or destroyed and at least 1 billion mammals, birds and reptiles are thought to have perished.

The bushfire season isn’t over in Australia, but as heavy rain has finally dampened many of the blazes, we’ve entered a time for both sombre reflection and calls for action. Amidst increased public discourse on the links between the bushfires and climate change, questions have emerged about the role of the scientific community in the response to the bushfires. And of course, that means citizen scientists too.

Erin Roger, chair of the Australian Citizen Science Association (ACSA), thinks that citizen science can play a huge role in measuring the wide ranging impact of the bushfires, particularly because so many people want to know what they can do to help.

‘ACSA’s role is as a voice for the community, a source of coordination and best practice advice,’ says Roger. ‘Immediately following the catastrophic fires, we saw a number of call outs on social media … this really garnered a community will to somehow contribute. I think there’s huge potential for citizen science to tap into that.’ 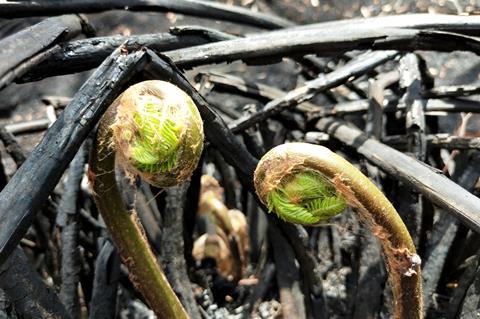 Ferns resprout shortly after the fire has passed

Casey Kirchhoff, a PhD candidate at the University of New South Wales Centre for Ecosystem Science, was one of the people who lost her home in the bushfires. Returning to her property, just days after the fire came through, Kirchhoff was inspired to start a citizen science project; perhaps an unusual response to such a devastating event.

‘It definitely came from a bit of a strange place,’ says Kirchhoff. ‘I really need something to occupy my mind at the moment.’ She was inspired when she saw some early signs of recovery in the bush. ‘The whole thing was burnt out, so going back there and seeing some of the shoots coming through so quickly made me really happy.’

Following conversations with colleagues, Kirchhoff launched ‘Environment Recovery Project: Australian Bushfires’, hosted on the citizen science platform iNaturalist. The aim is to encourage people to upload photographs taken in fire-affected areas (once it’s safe to return to the bush) so that scientists can better understand which species of plants and animals are returning and which remain threatened – or even more tragically, which may be extinct.

For me, projects like this are especially important because they are inextricably linked with climate activism. They encourage people to directly observe the stark effects of bushfires that have been exacerbated by record temperatures and long periods of drought.

Kirchhoff believes that citizen scientists have an important role to play too. ‘When people actually see things with their own eyes … maybe they care about things a little more and are motivated to act and get other people to act as well. And that really does tie in with climate change and action on climate change, because when people start caring about the natural world, then they obviously want to protect it.’

The images of green shoots on charcoal landscapes are incredibly hopeful, but I asked Kirchhoff if there was a risk that these images could be used to propagate a message that minimises the impacts of the bushfires. ‘I think it’s really good for people to keep in mind that although it can be really positive to see the regeneration, there’s also things out there that aren’t regenerating and things that won’t be coming back,’ she says. 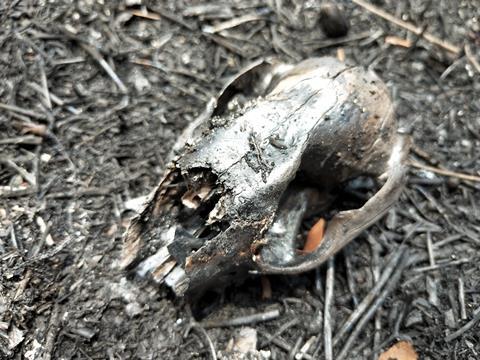 The team are not just calling for images of regrowth. Volunteers have uploaded tragic images of dead snakes, wombats and wallabies. Participants are actively encouraged to share any and all images taken in areas where the fire has passed through, along with careful annotations that describe the location and contents of each image. And they’re being particularly diligent in this project.

‘Usually on iNaturalist you don’t get much in terms of a comment relating to an observation, but we’re getting really detailed notes,’ says Kirchhoff. ‘People are going above and beyond … and it’s really been great to see. If we could get more people doing that it would be fantastic because we could have more future activists on climate issues as well.’