The efforts organisations have put into developing diagnostic tests and vaccines for the Ebola and Zika viruses is testament to what can be achieved when companies, academics, regulators, aid agencies and other non-government organisations take a coordinated approach. 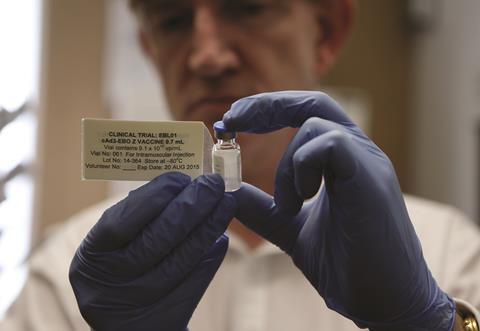 Within months of the initial Ebola outbreak in 2014, experimental treatments were sanctioned for use. And less than a year later, the first results of accelerated clinical trials of potential vaccines were being published.

For Zika virus, a host of firms are evaluating vaccines, and new diagnostic screening tests from several companies have been hurriedly deployed under emergency rules from regulators in the US, Europe and South Korea among other places. These temporary measures serve the dual role of giving those in the field more tools to help them respond to the outbreaks, while giving the producers and regulators more data to support more permanent regulatory decisions about their performance.

Such circumstances are rightly treated as special cases – fast-spreading viruses won’t wait for conventional clinical trials, and all parties need to work together to solve the scientific, ethical, logistical and social problems of accelerating the approval process, not only to combat the existing outbreaks, but to protect against future episodes.

Some might argue that the success in developing these products suggests that the conventional process is too slow and holding back innovative life-saving medicines and diagnostic devices from the market. But as with most regulation, there is a balance between risk and reward. The majority of the new diagnostics, for example, are built on existing technology platforms already validated for detecting other viruses, and adapted to test for Zika. That’s not to say they’re guaranteed to work perfectly, but the extra risk is somewhat diminished. And if their use helps slow or stop the virus spreading, or arms medics against future outbreaks, the reward easily outweighs the small increase in risk. But where the more rigorous non-emergency approval pathways are viable, the extra risk is unjustified.

In many ways, it’s a shame it takes a major outbreak that threatens developed nations’ populations to bring the funding and coordination to bear on these often-neglected diseases. But hopefully the injection of resources will help develop technology and know-how that can then be re-applied more widely to other, less fashionable diseases like dengue, West Nile virus, chikungunya and yellow fever.