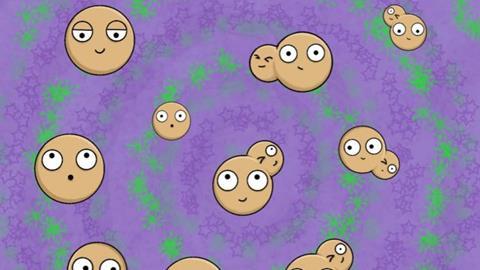 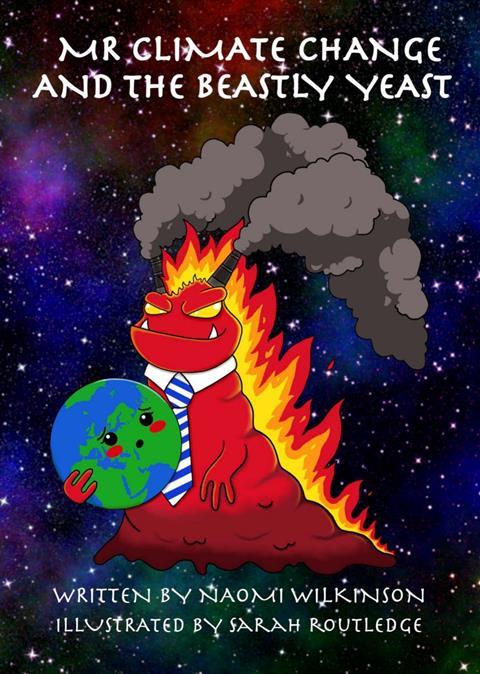 When Covid-19 shut down research, the SuperYeast team created a children’s book about their work

When the Covid-19 pandemic put paid to a UK citizen science project exploring resistant yeast strains, the team tried out a different form of engagement. Mr Climate Change and the Beastly Yeast is a tale of climate change, fermenting biofuel and citizen science written by Naomi Wilkinson and illustrated by Sarah Routledge from the SuperYeast project team at Aston University, UK.

Wilkinson joined the SuperYeast team as part of a placement year, with plans to explore the tolerance of different yeast strains crowdsourced from brewers and bakers. ‘In the lab, I carried out a pilot study with yeast samples we obtained from York Beer Festival alongside supermarket supplied strains,’ she explains.

The team wants to make yeasts that can survive in high alcohol environments and thought that looking more closely at yeasts used in beer and bread production might provide some clues. And given the number of people trying their hand at sourdough starters or homebrewing during lockdown, what better time to crowdsource participants?

Alan Goddard, senior lecturer in biochemistry at Aston University, initiated the project. ‘Basically, we put a call out to friends and people we didn’t know across Europe to develop a project looking at how you can change the membrane of yeast and bacteria to prevent them from being killed by the products that they’re making,’ he explains.

When yeasts used in brewing or wine making are rendered inactive by alcohol, the process is referred to as a stuck fermentation, which can greatly alter the flavour profile of the product. Hotter temperatures due to climate change are leading to fruits with higher sugar content. There is therefore a need for more robust yeasts to convert excess sugar to alcohol before being destroyed.

‘At times of stress, you can get different strains to mate, and then you can make hybrid strains which tend to be slightly unstable, but we’ve got some more stable ones that have some desirable characteristics,’ says Goddard. ‘So, you can improve on what’s out there sometimes, but from screening massive libraries, I think that nature’s done quite a good job of selecting these yeasts in the first place.’

When the first UK lockdown started just days after securing ethics approval, Wilkinson’s placement plans had to change. ‘I had to think on my feet to keep the project progressing,’ she explains. Although a few samples of yeast had arrived in the lab, the project stalled due to the pandemic. ‘We decided to convert the project to something else in the meantime,’ says Goddard. ‘Naomi basically came up with the idea about writing this book for children and Sarah, who is a postdoc in the lab and a really good artist, did all the images.’

The book captured the essence of the SuperYeast citizen science project, even featuring a cartoon Goddard. However, it focused on fermentation to produce a cleaner alternative to fossil fuel in ethanol, rather than the production of alcoholic beverages.

Wilkinson believes that the book could encourage children to contribute to the citizen science project. ‘I love science communication,’ she explains. ‘By creating that channel between scientists and the public we have the ability to spark conversation, question our behaviours and increase fascination.’

Engaging young people with science is also on Goddard’s mind. ‘If people had better science education in general, it might help out a bit more with things like the Covid vaccine,’ he says. ‘If people understood a bit more about the science behind it, we’d probably have better uptake.’

Because of Covid, the SuperYeast project didn’t have as many participants as the team had hoped, but it did reach as far as Australia, where a teacher got her entire class involved in the project.

Alongside the picture book, the team also created free lesson plans for teachers to download and use in their classroom. The pack includes yeast sampling instructions and links to an interactive leaderboard on the project website that ranks the sampled yeast types by the maximum levels of alcohol and sugar that they can grow in.

‘I’d definitely do it again,’ says Goddard. ‘One of the biggest things we learned is how to get people involved, that’s the challenge. I can do the science, I can make videos, I can make posters – I think getting people involved is the hard bit.’