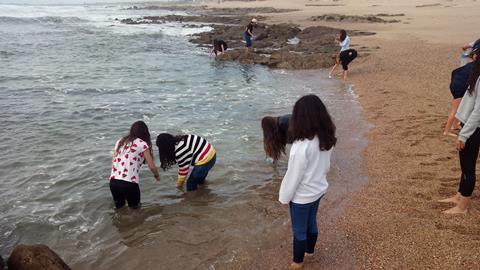 Bringing citizen science into school – and to the beach 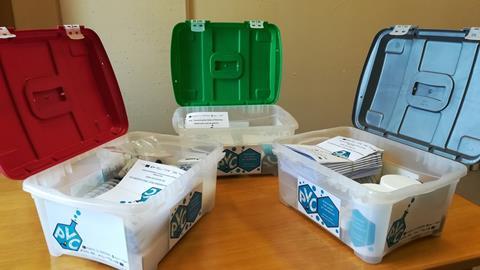 It’s not every day that a school science class involves a trip to the beach. Instead of sunbathing or swimming, teenagers in the north of Portugal were invited to learn some chemistry while exploring their local coastlines.

José Luís Araújo, a junior researcher at the University of Porto, worked with colleagues to develop the ‘Perceiving the value of chemistry behind water and microplastics (PVC)’ citizen science project.

Using low-cost kits, over 440 students spent half a day sampling coastal water and conducting nitrate, nitrite, temperature, turbidity and pH measurements. In follow-up classes back at school, the students were set the task of evaporating a known quantity of a filtered sea water sample so that they could measure the resulting mass of dry salt crystals and therefore water salinity. Students also used digital microscopes to scour the samples for the presence of microplastics and classified those found according to their appearance.

The students published their data to the EarthEcho Water Challenge, which runs annually from the United Nations World Water Day on March 22. This engages citizens to monitor water in their local environments as part of a programme aiming to ‘build awareness and involvement in protecting water resources around the world’.

The PVC project contextualises chemistry learning amid growing scientific concerns and media reporting around water pollutants and contaminants such as microplastics.

Interestingly, a student interviewed as part of the study shared that before they took part in the project, they had considered microplastics to be ‘associated with a negative side of chemistry’ but had since realised with their classmates that ‘chemistry is also associated with problem solving’.

Araújo believes that citizen science has an important role to play in building a ‘new and more positive social image of chemistry’.

‘Chemistry is one of the sciences, if not the science, that has a more negative image in society,’ says Araújo. ‘The idea of chemophobia [is] still very rooted among citizens. So, it is up to chemists to change chemistry’s social image and citizen science could be a fruitful way to achieve this change.’

Araújo, who describes himself as ‘a chemist by training and a chemistry teacher by vocation’, thinks that there’s an ‘urgent need to engage [students] in chemistry-related initiatives to show them the important role of chemistry in society and promote a more profound chemistry knowledge’.

What are students learning? 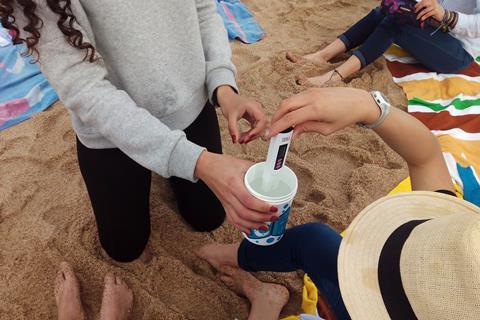 Araújo developed the PVC project as part of his PhD thesis on the teaching and dissemination of science. He was interested in examining the practical and theoretical skills students learned through participation.

The team collected data on the learning outcomes from the project by asking students to take knowledge tests both when they completed the project and six months later. While students performed much better overall in the first test, Araújo and colleagues found evidence of positive knowledge retention in the later test.

The team also found that the attitudes towards chemistry among participating students remained almost unchanged over the school year. During the same period, the attitudes of students in a control group declined. For Araújo, this finding was indicative of ‘an urgent need to reflect on the pedagogical practices commonly used in the teaching of chemistry’.

Participating students were found to have a heightened connection to the environment and marine litter and Araújo believes that the students’ engagement with awareness raising through science communication (for example, by creating posters and infographics aimed at their school community) was an important aspect of the project.

The nine school chemistry teachers involved in the project reported some challenges in trying to embed the PVC project alongside the substantive Portuguese chemistry curriculum. Araújo believes that for educational citizen science to thrive it needs to be aligned with the curriculum to relieve some of these pressures.

‘Teachers know their students’ interests and motivations better than researchers,’ he explains. ‘So, it is very important to discuss the design and implementation of the project with the teachers involved … to achieve a positive commitment between the scientific and the educational goals of the project.’

Citizen science is still not as widely integrated within schools as it could be, and chemistry is still vastly underrepresented in citizen science, so there’s a lot of potential for our discipline in this space. Araújo agrees: ‘The context-based learning that citizen science approaches allow is a possible way to help to overcome chemistry’s intrinsic cognitive difficulties … and the students’ perception of chemistry as difficult, uninteresting, and disconnected from reality. So, this could be a path to improve the quality of chemistry teaching and the learning process.’