What can citizen science do for us?

Members of the public have long participated in scientific discovery. Records suggest that the practice dates back at least 2000 years to Ancient China, where people recorded outbreaks of the migratory locusts that wreaked havoc on their crops.

Today, such a data set would be recognised as citizen science, a term that wasn’t coined until the mid 1990s and is now defined by the Oxford English Dictionary as ‘scientific work undertaken by members of the general public, often in collaboration with or under the direction of professional scientists and scientific institutions’.

The citizen science movement has galvanised huge swathes of people who aren’t formally trained as scientists to participate in real research projects. The reciprocal benefits of citizen science are clear; members of the public are empowered to contribute to the advancement of scientific knowledge and scientists obtain a valuable resource that enables the collection or analysis of data on scale. Citizen science also creates a powerful connection between the public and science and fosters a greater understanding and awareness of the importance of science for society.

Importantly, citizen science also removes barriers to participation in science – research is no longer solely the domain of those who have PhDs but something more tangible and accessible.

The quantity and scale of citizen science projects has increased significantly since the term’s inception. Research conducted by the public has resulted in numerous peer-reviewed scientific publications, the vast majority of which are centred on biology, ecology and conservation. 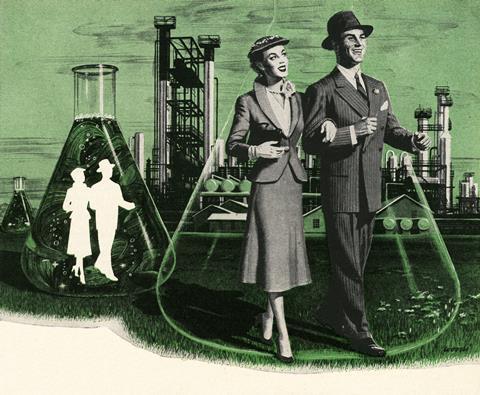 It isn’t surprising that these disciplines dominate – observing and asking questions of nature is an obvious starting point for curious minds. Accordingly, there is a rich history of ‘citizen naturalists’ and a long tradition of using data from ‘amateurs’ who have participated in projects recording the population of different species, migratory patterns and behaviours. Biologists have developed the necessary skills to work with the public and to reap the benefits of collaborations that lead to new data and perhaps more importantly, increased awareness and appreciation of the natural world.

A 2015, analysis of citizen science research publications found 72% of the papers analysed were in areas of biological research. Of the other areas deemed significant enough to be categorised, environmental research represented 11%, astronomy research 10%, and medical research 2%.

It’s fair to say that, as chemists, we’re hugely underrepresented. Of course, the chemical sciences are often fundamental to projects that are otherwise categorised. For example, environmental projects monitoring air pollution or medical research on the development of new therapeutics. But even with this important caveat it is clear that there is citizen sized gap in the market for new participatory programs in chemistry. So what can we do to change that?

The answer isn’t straightforward. There are inherent challenges for those seeking to unite real chemical research with the public, the most significant being safety. For synthetic projects, for example, safe handling lab chemicals outside of specialised laboratories can be problematic. Additionally, specialist software or equipment can be prohibitively expensive or simply too unwieldy for institutions to loan out for use by schools and communities.

But of course, it can and has been done. As with projects from other disciplines, citizen chemistry projects require careful design and planning. Citizen science works particularly well when tackling scientific questions that would otherwise be prohibitively expensive or time consuming, such as the classification of pictorial data sets. Consideration and revision of best practices in data management are also needed to ensure that citizens can use and share data that can be read by both humans and machines. Many successful and scalable citizen chemistry projects have relied on the use of the internet platforms or mobile apps to distribute and capture data collection or analysis.

‘Gamification’ of scientific questions, where repetitive research tasks are turned into entertainment, has also had great success in public science projects. Examples include Foldit – an online video game about protein folding – and Galaxy Zoo, a crowdsourced astronomy project on the classification of galaxies. This could also be a powerful tool for Citizen Chem – imagine a ‘Daily NMR’ slotted next to the cryptic crossword in our newspapers.

Citizen science could be a powerful tool for progress in the chemical sciences, and potentially lead to increased enrolments in university chemistry courses. Involving young people in real chemistry research increases their understanding of the relevance of chemistry to our lives. By capturing the imagination and creativity of young people and training them to apply the scientific method, we have an opportunity to introduce them to careers in Stem subjects while they’re still in school. Increased transparency in research can lead to exciting outcomes for science education and empower members of the public to be more critical of science, and indeed pseudoscience reporting. Involving the public also increases the diversity of contributions and could be a way of increasing representation in our discipline.

Chemistry is the central science, and I think we can work to increase its representation in citizen science. What better way to share the beauty and complexities of chemistry that to involve the community in our research wherever possible?