Change: the only constant

Changing research fields is risky, for various reasons. The most obvious risk is that it takes time to develop expertise – academic researchers are still by and large judged on their publications, so pausing until you have something original to say (and publish) again is a bit of an issue.

Another risk is that while you are learning about the new area, you will be regarded by those that are already experts in the field as naïve, which of course you are. And those experts have a head start on you by years or decades – how can you possibly catch up and discover something original? 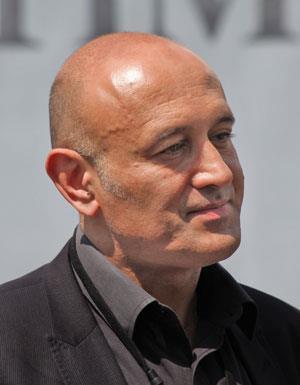 The answers are, firstly, that you do not completely abandon your original area of expertise, but ramp it down slowly and continue, if you can, to produce the odd paper or two in that field. Secondly, look for research problems that have some link to your own expertise – some overlap with what you already know that enables you to hit the ground running. And collaborate for all you’re worth: talk to as many people in the field as possible, offer your services and don’t be shy about asking those naïve questions. Of course, ultimately, there is no substitute for (or escape from) immersing yourself in research papers.

I am currently going through this process in my slow drift from theoretical nuclear physics to quantum biology. This particular case brings another risk in that quantum biology is a new and somewhat speculative field. One can of course view this positively as it suggests I am moving at the right time; although there are experts who have been working and publishing for a decade, the field is still relatively small – five years from now I predict things will look very different.

Quantum biology is about studying those phenomena and mechanisms inside the living cell that can only be explained by appealing, at least in part, to the weird and counterintuitive quantum world of the molecular and the atomic, so familiar to physicists and chemists.

Although I call quantum biology a new field, these ideas actually go back to the 1930s when quantum physicists such as Niels Bohr and Pascual Jordan (and later Erwin Schrödinger in his famous book, What is Life?) first asked such questions. It is also worth noting that biochemists have known for over two decades that quantum tunnelling (of electrons and protons) is an important mechanism in enzyme catalysis.

Today, there is much interest in a wide range of biological phenomena that may have a quantum origin, from our sense of smell to photosynthesis and mutations in DNA, to the way migrating birds seem able to detect the earth’s magnetic field through its effect on a pair of entangled electrons in their retinas.

This may give the impression that the field is all about quantum physicists popping over to the biology lab to ‘lend a hand’ explaining quantum mysteries to their sceptical life science colleagues. But it is important to stress that much of the work has already been done – by the chemists! Physicists are very good at talking up and publicising their research, but I am often puzzled as to why chemists are so shy. When you dig down into molecular biology, it is basically organic chemistry. And quantum chemists have studied complex molecular structures for years, both theoretically, through computational modelling techniques, and in the lab, using spectroscopy to probe molecular structures with short laser pulses (femtochemistry).

Quantum biology is emerging not only as an exciting new area of enquiry, it is – alongside fields such as nanotechnology – a great example of interdisciplinary science: quantum physicists wade in with their wacky ideas; molecular biologists propose their suggestions for what might be going on in the complex world of proteins; and the chemists very politely point out to both sides what is sensible, what is not and, often (to my own grudging admiration), what has already been well-studied.

Viewed this way, venturing into new territory needn’t be so difficult. It’s still risky, but by applying our existing expertise to unfamiliar areas, we solve each other’s problems and make better and faster progress together. We may be naïve, but that also affords a certain freedom of thought that makes these interactions so valuable. We should all consider hopping over the fence to lend each other a hand.

Jim Al-Khalili is professor of physics and of public engagement in science at the University of Surrey, UK