Circuits of chemicals could carry out calculations 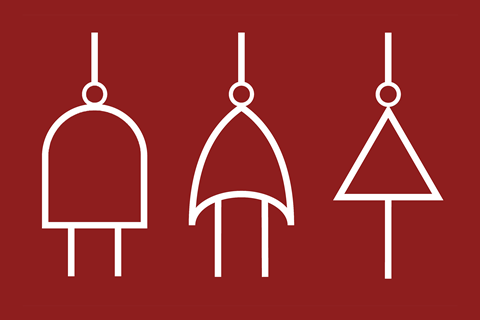 Is life a chemical computation? History warns us to be cautious about such formulations. We’ve always interpreted biology in terms of our latest technology, whether that’s mechanical Newtonian clockwork or electrical circuitry, and there is no reason to suppose we doing otherwise nowadays when we invoke information technology. It was no coincidence that DNA was imagined as a linear string of stored information just at the time the magnetic tape began to be used for storing computer data.

Still, the idea is a compelling one. It rests on the notion that genetic information is not merely stored, transmitted and read out by cells, but that information processing is also happening at this level. Cells could be said to compute their state based on signals they receive from their surroundings (generally, from other cells).

But if this view is valid, how exactly does the computation happen? The common explanation says that it stems from a sort of molecular relay line in which one molecule ‘activates’ another, perhaps in a series of binding events and enzymatic transformations. Here the role of chemistry is to determine which molecule will bind which. While there seems little doubt that molecular recognition is hugely significant in molecular biology, there are now many reasons to see this as too simplistic – not least because it sometimes involves the self-assembly of ephemeral molecular complexes that seems too improbable given the dynamics, diffusional constraints and disorder of the cell.

At any rate, this also posits a unidirectional flow of information, from the genome upwards: to proteins, protein assemblies, cell states and whole tissues. But increasingly, questions are being asked about what other modes of information transfer and processing living systems might use that don’t depend on highly selective events at the molecular scale.

Processes involving reaction–diffusion mechanisms – where outcomes such as cell states might be determined by competition between diffusional mass transfer and chemical reaction – are known to control several aspects of morphogenesis, as well as the global states of bacterial colonies. Such chemical systems can produce both dynamic patterns, like the chemical waves of the Belousov–Zhabotinsky reaction, and static patterns like those postulated by Alan Turing, which are the likely origin of many animal markings.

It has been known for over a decade that such chemical systems can be configured to carry out genuine computational tasks.1 But ‘chemical computers’ of this kind are typically rather contrived, artificial systems. It’s another matter entirely to suppose that such computation could arise in natural systems like living cells.

In a recent preprint, Matthew Egbert of Harvard University and his coworkers have proposed a scheme by which an autocatalytic chemical reaction–diffusion process might act as a network of logic gates to carry out digital computation.2 Their system doesn’t need a careful arrangement of reaction chambers connected by tubes or wires; it can start simply as a homogeneous, unmixed vat of ingredients.

The team has previously shown how a well-stirred (uniform) chemical mixture can act as a single logic gate (a NOT or NAND) in response to imposed variations in the external conditions, such as inflow rates or light.3 The key point is that these external conditions do not drive or prescribe the information processing, but merely enable it. You might think of them as gently shaking up the chemical system to keep it responsive enough to switch between two different states (with different concentrations of products, say).

The new work explains how diffusion alone can transmit information from one such logic gate to another within a single bath of reactants. If the two gates are identical, then diffusion alone won’t work, since the ‘downstream’ gate acts back on the one ‘upstream’. But directionality, and thus a computing network of gates, can be achieved if there are spatial gradients in external conditions like temperature or light. The chemical gates are fuzzy-edged, but nonetheless the medium as a whole can act as a digital circuit and can, for example, sum input signals.

No living system is yet known that uses principles like this to process information – say, by summing input signals in the cytoplasm at a cell wall and using the output to switch on a gene. Perhaps evolution has never had any use for it – and the researchers acknowledge that ‘it seems unlikely that [evolution] would produce something exactly like what we have engineered here.’ But, they add, it’s an option there for the taking.