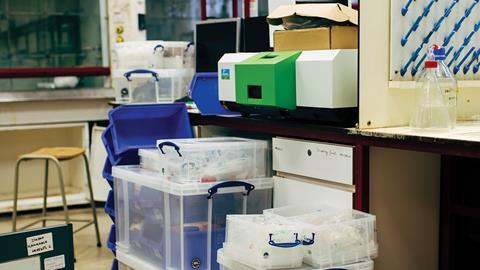 After 135 years, Bangor University’s chemistry department is closing. Sad news indeed for students and staff as a storied department downs its flasks. As is so often the case, financial woes are being blamed and the university hopes to save itself £1.4 million over the next three years as it winds up the department. But while that decision might be expedient for the university’s administrators, it’s the wrong one.

Bangor’s chemistry department has a long and impressive history being headed up at one point by one of the university’s most famous chemistry alumni – Ted Hughes. His work will be familiar to millions of chemistry students all around the world as one of the formulators – with Christopher Ingold – of the reaction mechanism terminology SN1, SN2, E1 and E2. But a rich history wasn’t enough to save a department hit by a precipitous fall in chemistry students – just 23 enrolled this academic year compared with 61 three years ago.

Bangor is likely to come to regret its decision. The fortunes of a subject ebb and flow over time with changes in the population and perceptions of a course’s worth. Decommissioning a chemistry department and then having to bring it back later is an expensive business. And losing a core subject such as chemistry can hurt a university’s reputation. Geoff Layer, vice chancellor at Wolverhampton University, has gone on the record saying that a university that doesn’t teach chemistry or physics has no business calling itself a university at all. As the central science, chemistry also offers support to the other sciences in a university, helping to make things happen as the most practical of the sciences. As a result, cutting chemistry cuts cross-disciplinary collaboration. Time will tell, but let’s hope that the story of chemistry at Bangor isn’t at an end yet.