Move to save university more than £1.4 million over three years dispenses with only chemistry degree that can be partly taken in Welsh 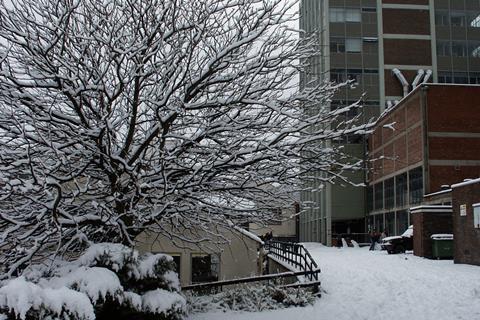 Bangor University in the UK has announced it will go ahead with plans to close its chemistry department in a bid to save money, despite an overwhelmingly negative response to the proposal by staff and students.

The chemistry degrees it offered were the only ones that could be partly taken in Welsh, but Bangor will not be accepting any new students for its MChem or BSc chemistry courses in the 2019/20 academic year, and research activities will be ended. Fifteen academic and three technical members of staff in the department are facing redundancy.

The university first revealed that it was considering closing the chemistry department and discontinuing chemistry degrees in December 2018, as part of a range of cost-cutting measures. The business case it put forward for consultation said chemistry student recruitment had suffered due to competition with Russell Group universities in England, and that the move would save the university more than £1.4 million over three years.

In a document responding to the consultation seen by Chemistry World, chemistry department staff say the case to close the chemistry department was ‘issued in haste with gaps, errors and ambiguities’. They argue that the move would not deliver the desired cost savings because of lost research income, the costs of shutting down department facilities and the need to retain some staff to teach the remaining students.

‘The proposal is extremely short sighted, focusing solely on speculative cash savings, and will blight future developments within … the university and the locality, with serious knock-on effects to local businesses and the economy,’ they write.

The staff also put forward an alternative proposal, suggesting the the university abandon plans to axe the department entirely in favour of a ‘more sustainable approach of chemistry provision’, which could involve retaining a small number of teaching staff to keep the chemistry BSc course going with fewer students, and ‘modernising’ teaching to make experiments more cost-effective.

However, Bangor says it had already considered alternative measures. In a statement to journalists, a university spokesperson said that chemistry student numbers had fallen, and there are now only 23 first year students enrolled on its undergraduate chemistry courses compared to 61 in 2015/16. It added that the decision to discontinue chemistry degrees was ‘reluctant’, and emphasised that current chemistry students will be able to finish their courses and graduate with the degree for which they are registered.

In addition to the chemistry department closure, Bangor has approved a number of other cost cutting measures, including job losses in finance and corporate services as well as other departments within the schools of education and human development, medical sciences, health sciences, and health and exercise sciences.

‘These have all been very difficult decisions for the university to take, but the actions taken now to meet these financial challenges are necessary to ensure that the university will have a successful and sustainable future,’ said Bangor’s interim Vice-Chancellor Graham Upton in a statement. ‘We will do everything we can to support the staff and students affected.’

‘In addition we will also be working with external funders, project partners and companies to complete research projects and studentships. Where possible, we will also continue to support local companies with our expertise in a variety of areas, including chemistry.’

The decision has been criticised by the wider chemistry community, with many posting messages of solidarity to a campaign group called Bangor Needs Chemistry on Facebook and Twitter. Robert Parker, CEO of the Royal Society of Chemistry, said in a statement that the news was ‘extremely disappointing’, especially for students in Wales and those hoping to study chemistry in Welsh.