When I took my first job in industry, there was an older chemist in the group who had a special box of reagents, full of all sorts of odd-shaped bottles and vials collected over decades. They were chiral amines and chiral acids. My colleague was, in fact, the local chiral resolution wizard.

Not only did he have the starting materials, he had something much harder to come by - the skill to use them. He would look at someone’s new racemate and say ’hmmm, an N  -substituted benzazepine. We got one of those to resolve with mandelic acid that time in 1973; let’s try that first...’ To go along with his memory, he had all sorts of tricks with mixed solvents, rates of cooling, evaporation, and the other voodoo of recrystallisation, very little of which is usually learned from any printed source.

He retired not many years after I started working with him. And when he left, I knew that there was no one who could quite take his place. His skills were rapidly becoming lost arts, and I watched us lose some of them right in front of me at his retirement ceremony.

But this is a process that’s been going on for as long as there have been laboratories and workshops. Techniques get superseded, and their masters gradually retire, leaving only stories behind them of what they could do with the old-style gear. I doubt, for example, if there are many people who are as good at vacuum distillation as the average organic chemist was 50 years ago. Glassblowing used to be something that most chemists knew the basics of, and now it can even be hard to find as a speciality service. So what current techniques have the shadow passing across them?

TLC in need of TLC 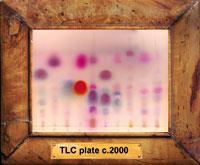 I’d nominate thin-layer chromatography (TLC), for one. It’s not going to disappear any time soon, but its path into disuse is clear. Liquid chromatography-mass spectrometry (LC-MS) instruments, expensive as they are, can generate much more useful data in the same amount of time. The TLC plate has been in retreat in industrial labs for years now, and the battle is spreading into academia. And while the technique will never go away completely, its more complex forms have already mostly vanished from practice. 25 years ago I remember seeing a book on advanced TLC techniques, and it already looked old. Today’s graduate students would treat it as if it were written in cuneiform.

As mentioned, most forms of distillation have lost their position as well. Chromatography is often too convenient for purifying distillable products, and solvents themselves are available in much higher purity grades than they ever used to be. The same fate is slowly overtaking many of the more esoteric methods of drying solvents, for that matter. Academic labs still have their tetrahydrofuran (THF) stills, bubbling away with alkali metals in them. But I’ve never yet worked in an industrial lab that had one as they are deemed too hazardous - a good 90 per cent of laboratory fire stories begin with ’We had this solvent still..’ No, industrial chemists use the dried solvent right out of the commercial bottle, and if that isn’t good enough, well, that reaction is going to have to be worked on a bit. When I was in graduate school, the idea of commercial bottles of dried solvent would have seemed like an insane extravagance, on the order of paying a chauffeur to take you to the chemistry building each morning.

But even column chromatography is evolving past its do-it-yourself roots. Automated systems with prepackaged columns have moved into more and more labs over the years, which is another welcome development that nonetheless threatens to make me sound like one of the Four Yorkshiremen in the comedy sketch. (’Luxury! Why, we used to dream of.’) Give it a few more lab generations, and people won’t know how to pack a column from scratch, having only done it once or twice as undergraduates. I can’t say that they’ll be missing out on one of life’s great experiences, to be honest.

It’s tempting to think that this sort of process has stopped, but that’s what everyone likes to think. It hasn’t, though. Looking around my own lab, I can’t help but notice all those new machines that we’re so proud of - but they too shall pass.