Poisons may seem to be a murderer’s perfect accomplice, but chemists can always persuade them to betray their secrets, says Philip Ball

If we have learnt one thing so far from the murder of Alexander Litvinenko in 2006 by polonium poisoning, it’s that there is no perfect way to kill someone with poison. The inquest into Litvinenko’s death, which opened in January, might or might not tell us whether it was indeed a state execution; there is in any event clear reason to believe that the two former KGB agents who Litvinenko met in a London hotel just before he fell ill with acute radiation poisoning slipped the polonium in his tea. The trouble with polonium is that, being radioactive, it leaves detectable traces even in tiny amounts, which have been found in locations all over London that the two agents are known to have visited. 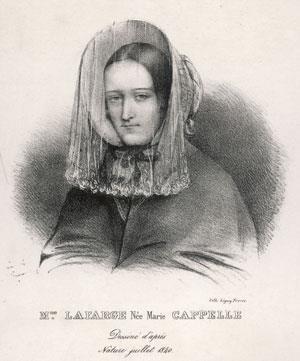 In mid-19th-century France, Charles Lafarge’s suspected murder by his wife was a cause célèbre to rival the Litvinenko case, and there too it was scientific sleuthing that added to the appeal. The public fascination with poisoning investigations, and the science that supports them, is explored in a new exhibition Forensics: the anatomy of crime at the Wellcome Collection in London, UK.

Lafarge was killed with arsenic, which, one could argue, was something of a French art. In the late 17th century the Marquise de Brinvilliers used arsenic to dispose of her family members to secure wealth and property. She was accused (perhaps apocryphally) of trying out her potions on Parisian hospital patients, and was beheaded for her crimes in 1676. Louis XIV was so frightened of plots to assassinate him with arsenic that he established a commission to investigate such affairs, resulting in 34 death sentences.

Arsenic was easy to get – until 1851 one could buy it unregulated from pharmacists in England to kill household pests, and Madame Bovary doesn’t have to try very hard to procure it for her suicide in Gustave Flaubert’s 1856 novel. This meant that, while the press liked to dwell on high-society poisonings, in England at least arsenic seems to have been the poison of choice for the poor, who might dispose of spouses in unhappy or abusive marriages, or even of children who they could not afford to feed.

That era’s poor sanitation also gave arsenic an edge over other poisons because its symptoms, such as headaches, vomiting, diarrhea and convulsions, resemble those of cholera and dysentery. If arsenic (generally the white trioxide) was actually found at the scene – as it was in the case of Mary Blandy, accused of poisoning her father in 1752 – then crude chemical tests (such as the garlic smell of arsine produced by the reaction with hot iron) could identify it. But what was really needed was a test that could identify arsenic in the body of the deceased.

James Marsh, a chemist at the Royal Arsenal in Woolwich, tried to demonstrate such a test in a murder case in 1832, using hydrogen sulfide to precipitate yellow arsenic sulfide. But the colour change could be rather ambiguous, and the jury was unimpressed, acquitting the defendant (who later admitted he was guilty). So Marsh found a better method. It involved reducing arsenic trioxide, present in tiny amounts in a victim’s stomach tissue, to arsine by reaction with zinc and nitric acid. When heated, arsine oxidises to elemental arsenic, which condenses as a dark metallic film on a cold surface. Marsh described the method in 1836; the following year Jöns Jacob Berzelius showed that it could quantitatively detect as little as tens of micrograms of arsenic.

The Lafarge case in 1840 was the first high-profile use of the Marsh test. Charles Lafarge was a foundry owner, and his wife Marie was accused of killing him by adding arsenic, allegedly bought as rat poison, to his food. The French press stoked up public interest, and Madame Lafarge’s innocence or guilt was the topic of the day. But despite compelling circumstantial evidence, the Marsh test seemed at first to show no traces of the poison in the exhumed corpse. The chemist and toxicologist Mathieu Orfila showed, however, that the test had been bungled; Orfila conducted it again, and sure enough arsenic was detected in the hapless Lafarge’s remains.

It seems Marie had been lured into an unhappy union via a marriage broker, for Charles was not only coarse but also not half as wealthy as he had pretended. Sentenced to life imprisonment, Marie always protested her innocence; she was released in 1852 after contracting tuberculosis and died that same year.

Orfila’s dramatic intervention showed that science could now secure vital and seemingly incontrovertible evidence of criminal guilt – as the Wellcome exhibition shows, there is a continuous link to the DNA fingerprinting of today. After Hugo Reinsch developed a simpler test for arsenic in 1841, which involved depositing grey copper arsenide on copper foil while boiling the sample in acid, there seemed scant refuge for arsenic poisoners from the forensic reach of science. That didn’t necessarily deter them – John Parascandola’s King of poisons (2012) and John Emsley’s The elements of murder (2005) record some colourful later cases – but arsenic’s days of criminal notoriety were numbered.