Does science need democracy to flourish?

Evidence shows good work can survive even the harshest regimes

To do good science, as everyone knows, you need to be able to think freely. That’s why the current research climate, with its pressure to publish and to chase grants and which leaves barely a moment to just stop and ruminate, is so troubling. But the constraints on intellectual liberty can be much tougher than that, as researchers in countries like Hungary and, one now fears, Brazil will tell you.

Yet the idea that science and democracy go hand-in-hand has become a truism. It’s a popular fantasy among scientists, as I discovered when I remarked recently on an editorial in the Economist on science in China. Several people were horrified and even outraged by my suggestion that good science can happen in non-democratic states. To say such things can seem almost to impugn the integrity of science itself.

Back in the USSR

Since democracy in the modern sense is a 20th century invention, there’s nothing really to argue about here: evidently Isaac Newton, Antoine Lavoisier and Michael Faraday did not need it. But of course what most people have in mind when they insist that science cannot flourish without full political liberty is authoritarian regimes such as the Stalinist Soviet Union. ‘Look at Lysenko!’ is the cry. 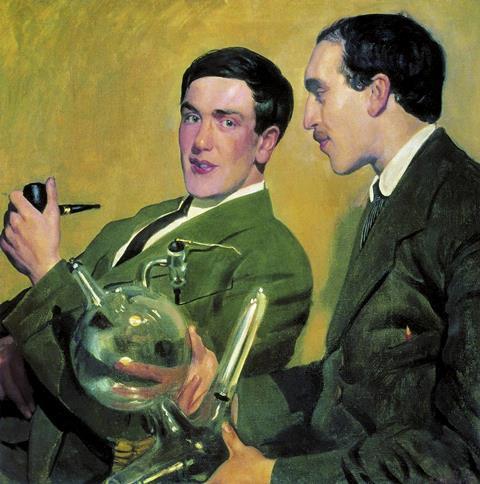 The anti-Darwinism of Trofim Lysenko was undoubtedly disastrous not just for Soviet biological research but for the agricultural economy, most probably contributing to widespread famines that killed millions in the 1930s. But even while his ideas held sway, Soviet scientists and engineers created atomic weapons and power plants and sent the first satellite and cosmonaut into space. Stalin knew to leave his physicists alone. He ‘may well have been mad, but he was not stupid’, said historian Tony Judt.

Science under Stalin produced giants such as Lev Landau and Pyotr Kapitsa. They didn’t always have it easy, but they were not prevented from doing landmark work. Equally controversially, German physics and chemistry under Adolf Hitler did not – contrary to the popular view – collapse, and in some respects they flourished. It’s widely thought that the exodus and expulsion of scientists of Jewish heritage from 1933 reduced all of German science to a parlous state. It absolutely did not. The expulsions were vile as well as idiotic, but other German scientists got on with their business anyway – which in the case of Otto Hahn at the Kaiser Wilhelm Institute of Chemistry in Berlin meant discovering nuclear fission in 1938. Understanding that discovery, of course, required the insight of Lise Meitner, who had just – in the nick of time – fled Berlin to Sweden.

‘The history of science in totalitarian societies,’ say historians Yakov Rabkin and Elena Mirskaya, ‘makes associations between science and freedom appear tenuous at best.’ They and colleagues have made the case that no single political system or ideology, including democracy, has proved more effective than any other at getting scientific results.1

This shouldn’t surprise us really. Sure, totalitarian regimes can inhibit thought and create unproductive climates. A clutch of recent books on the Chernobyl accident in 1986 show how the disaster was partly caused, and certainly made worse afterwards, by the Stalinist habit of authorities bullying subordinates into attempting to meet impossible demands, leading to an instinct to avoid responsibility and blame.3,4 But scientists in the Soviet Union could be given plenty of freedom within the narrow bounds that research might demand, and sometimes generous enough funding too.

I recall, for example, that even in the 1980s much of the best work on chemical waves came from the Soviet Union. That was where research on oscillating chemical reactions began in the 1950s, when the resistance that biochemist Boris Belousov of Moscow State University encountered for his test-tube model of the Krebs cycle was motivated not by any ideological concerns (unless you regard thermodynamics as an ideology). He persisted in the face of skepticism, but it was only when the young Anatol Zhabotinsky was assigned the task of finding out what was happening in Belousov’s recipe in 1961 that opinion was swayed.

All this remained mere rumour to western chemists until a meeting in Prague in 1968, which brought the Soviets together with later western doyens of the field such as Arthur Winfree. The Russian group was still going strong two decades later, although poor Belousov, who died in 1970, only received his due posthumously when he shared the 1980 Lenin Prize with Zhabotinsky and their colleagues. It was sterling science, of which Stalin would doubtless have boasted.

Perhaps the biggest danger of naivety about the role of democracy for science is that it leads to complacency and rose-tinted views of what democracy means. Frankly, that’s complicated right now – and it certainly doesn’t guarantee science freedom from interference. A US House of Representatives Committee concluded in 2007 that the George W Bush administration ‘engaged in a systematic effort to manipulate climate change science’, although even that pales in comparison with the Trump administration. And the bullying for results that characterised Stalinism is an all-too-familiar aspect of lab culture today; you don’t face the threat of the gulag, but that hasn’t prevented burnouts, breakdowns and suicides.

What science surely needs to thrive is a healthy research culture, and that can in principle be nurtured (as much as it can be neglected) in Beijing or Ankara just as in Madrid or Tokyo. How science plays into the wider political context is another matter, for which each of its practitioners must contemplate their own inclinations and conscience.

3 A Higginbotham, Midnight in Chernobyl, Bantam, 2019