Hungarian academy fears for its scientific freedom over draft law 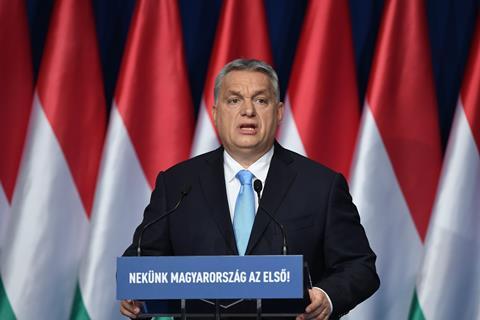 Hungary’s oldest scientific institution, the Hungarian Academy of Sciences (MTA), is accusing the country’s government of trying to take ‘total political control’ of research. The accusation was made after research minister László Palkovics proposed a law that would transfer management of the MTA’s research institutes from the academy to the Ministry of Innovation and Technology (ITM).

This isn’t the first time that the MTA and the government have clashed over the autonomy of science research. Last July, the MTA lost its battle to retain control over its finances, which ultimately led to HUF17 billion (£46.8 million) of funding being withheld in February this year. At the time, researchers feared that this move would limit the academy’s freedom to conduct research not explicitly approved by the government.

Now, those fears have been realised as a draft law would give the government greater control over the academy’s research programmes. The MTA had been in negotiations with the ministry regarding changes to the academy. According to the academy, several compromises had been agreed that would give both equal representation on any new governing bodies. Palkovics’ draft law, however, rescinds those arrangements.

Government pulls up a chair

The draft law dictates that the academy’s research institutes will be be run by a new government organisation. This group will be governed by a chairperson appointed by prime minister Viktor Orbán, 13 members appointed by the government and only six members appointed by the MTA. A National Science Policy Council (NTT) chaired by Palkovics himself will be decide the direction research takes. The academy will be able to elect one NTT representative, but Palkovics will propose all other members.

‘The government wants more research, not less,’ an ITM spokesperson tell Chemistry World. ‘The goal is for billions spent on Hungarian scientific research to not disappear without results, but for them to be utilised in the form of patents and inventions that tangibly serve the Hungarian economy.’ They also highlighted the government’s intentions to increase funding for research and development by a further HUF32 billion, on top of the current HUF133 billion, in 2020.

‘The independence of the Hungarian Academy of Sciences is guaranteed by the fundamental law,’ they concluded. ‘However, as the network of research institutes is financed by state funds, the Hungarian government has the right to decide on it.’

The MTA is unconvinced, however. The academy’s board of directors called on the government to return to the original compromises agreed during negotiations and condemned several aspects of the draft law. ‘The law amendments effectively provide for complete governmental and political control over the research network, which stands in stark contrast to the German model continuously cited by the ministry,’ they wrote. ‘This endeavour, together with the proposed structure of the National Science Policy Council and the increased role of the minister within the council, potentially jeopardises the independence of scientific research and science, which is otherwise guaranteed in the constitution.’

Researchers within the MTA have also spoken out against Palkovics’ law. On 1 June, 104 winners of a research excellence grant published an open letter to Orbán and other members of the government, opposing the plan. ‘We emphatically urge you not to support the aforementioned ill-considered draft law, which is not justifiable by professional reasoning, and, as such, is extraordinarily harmful in its present form,’ the letter reads.

Several members of the wider community have voiced their support for the MTA, including the European Federation of Academies of Sciences and Humanities (Allea), who have criticised previous measures against the MTA.

‘In the past, what the government did was to limit the finance of the research institutes, saying that they should reshuffle or reorganise themselves,’ Antonio Loprieno, president of Allea, tells Chemistry World. ‘What has happened now is that the very existence of learned society is jeopardised, because they are being deprived of their institutional autonomy. It’s an even more dangerous form of political intervention than we have observed before. It’s a tragedy for Hungary and it’s a very, very bad sign for the health of enlightenment in Europe.’

Loprieno, however, is hopeful that the European science community would support researchers in Hungary should the law be passed. ‘A way to respond to political pressures, of whatever type, on academies and universities is to strengthen the scientific and moral ties between academic institutions, and we are certainly all prepared to do so.’