Let me introduce myself. I am the new Editor of Chemistry World. As such, I have a background in chemistry and although I am not new to publishing, I am new to the RSC. Of course, this does not mean I didn’t know anything about it. In fact, many years ago when I came to the UK to complete my PhD I was introduced to a couple of very keen affiliate members during the very first week I was here. They were very committed and did a fantastic job of presenting the society to new students and afterwards of keeping us informed of what went on and how the society was working with universities and colleges to promote the advancement of sciences. 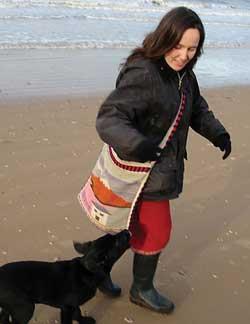 Particularly etched in my memory is a conference that they organised on behalf of the RSC. Well attended, with a very entertaining and captivating speaker, the event was a great success. This was not surprising though, since they knew that the topic - the chemistry of beer making - could not fail to attract the attention of its target audience (chemistry students at the Manchester universities). It is thanks to the very generous donation of samples by a local brewer that the conclusion of the event is a little hazier in the memories of all the attendees.

Chemistry World is a magazine I have followed and admired for years. As the leading magazine in the world of chemistry and with a readership that comprises the cr?me de la cr?me from both academia and industry, I understand the responsibilities that this post brings and I am looking forward to continuing to provide you with the up-to-date news, analysis, features and opinion pieces that you are accustomed to. Additionally, I would like to encourage you to continue to send in letters with comments and feedback. Your support and contribution are essential to how the team operates - we are a lively and positive bunch, but we like to know you are there.

So what to write about in my first editorial? Let’s talk about fashion: as the current news seem to be - again! - dominated by the pharmaceutical industry, we can discuss the latest ’trend’ in this sector, mergers and acquisitions. Indeed, M&A has become the latest fad in the pharma catwalk and the biggest fish of big pharma seem to have succumbed to it.

So how did it all start? Well, Pfizer and Wyeth set the trend with the first mega merger in January, in a deal reported to be worth $68 billion (?48.3 billion). Followers of fashion were Merck and Schering Plough - only six weeks later - quickly followed by Roche and Genentech, with mergers that involved $41.1 and $46.8 billion, respectively.

So yes, consolidation is the new black. Even after months of dispute, Dow and Rohm and Haas have finally reached an agreement by which Dow agrees to complete the acquisition - worth $15.3 billion - on substantially altered financial terms (see p16). And we wonder: is there more to come? We have heard about the benefits (e.g. an extended pipeline, diversification of existing portfolios, huge cost savings, etc.) and we fear some of the most immediate consequences (i.e. job losses) but very little is known about what happens next. How will this affect R&D? Are these mega mergers a distraction or will they deliver the promised returns? It is difficult to say, but while these pharma giants fight for the top spot and rumours circulate suggesting that
GSK and AstraZeneca may join the ranks of the M&A fashionistas, I think I prefer to reminisce about my time as a student and my first experience of the RSC.