When it comes to working out what foods do to our bodies, mostly we just don’t know 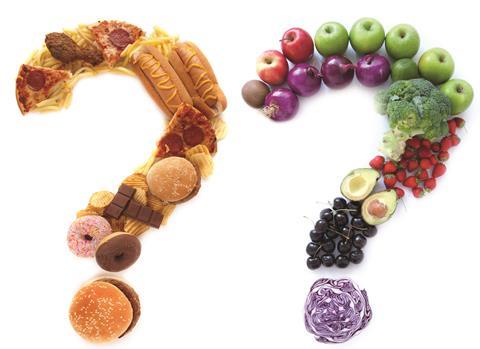 Which foods do us good, and which should we avoid? How much is too much? Honestly, we often can’t be sure

As a drug discovery chemist, I’ve worked my entire career on compounds that people might put into their bodies to show biological effects. But everyone on earth puts compounds into their bodies to show such effects, all the time. We call this mixture ‘food’. It would be reasonable to expect that we have at least as good an idea of the effects of various foods on the body as we do about the effects (and side effects) of medicines.

Well, we don’t. A look through a few years’ worth of headlines about what foods are good, bad, medicinal and/or toxic will make that painfully clear. Even the well-referenced and well-intentioned advice is a mess, and when you throw in the huge amount of crazy stuff spouted by the ignorant and by various fast-money artists, the signal to noise ratio is absolutely horrible. Does a foodstuff give you cancer, or prevent it? Make you sick or keep you well? If you don’t like the answer now, wait a few months and someone will doubtless proclaim its opposite.

Demonstrating anything at all in human nutrition is brutally difficult. It’s like the worst clinical trial imaginable

Even just at the level of basic nutrition, advice has been all over the place. The only things we’re absolutely sure about are the largest, most easily understood signals such as vitamin deficiencies. But past that, the arguing begins. I saw a cookbook the other day that had been popular in the early 1980s, and noted with grim amusement that it spent page after page exhorting the value of carbohydrates. ‘Eat more bread’ was its earnest, confident message, eat more pasta, more potatoes, more starches in general. Today’s advice is, of course, nearly the exact opposite.

A major problem, just as with drug research, is that we don’t have enough information about the biochemical pathways involved. To pick a couple of examples, it seems clear that fructose is handled quite differently, and with different (potentially harmful?) effects, from things like glucose and sucrose. This is important because of the amounts of each in the industrialised diet, but the exact details are still a subject of fierce debate. Similarly, human lipid handling is fiendishly complex: the various chain lengths; the number, positions, and geometry of unsaturated bonds; etc, all have major influences on their uptake and use by the body. These appear to vary continuously along a scale of ‘clearly vital to health’ to ‘clearly toxic’, but a lot more clarity is needed. Not least is the problem that age, gender, disease state, and the presence of other dietary components can noticeably rearrange the positions along such scales.

To be fair, though, demonstrating anything at all in human nutrition is brutally difficult. It’s like the worst clinical trial imaginable. You can control the diet that test rodents eat in their cages, but very few humans are willing (or able) to live under such conditions. Large amounts of the human nutrition literature are thus based on self-reporting of food consumption, which is just about as reliable as you’re probably imagining. On top of this, there are a huge number of confounding variables. Very few people, for example, subsist on a diet of fast-food doughnuts and fried chicken while also getting regular strenuous physical exercise, so that category and the others like it are necessarily a bit underserved, statistically.

Ideally, you’d round up groups of people and assign them to various combinations: this group gets nothing for the next six months but pork loin and pomegranates; you over there get pomegranates and parsley, the next group gets just the parsley along with pollock, and so on. I suppose everyone should get a multivitamin pill, too, if we’re going to take it to that level (and no, I don’t seriously recommend my trial design!). Nothing of the sort would pass an ethics committee anyway, and anyone who actually agreed to take part in any long-term experiments of this type probably has enough built-in abnormalities to throw the numbers off even more.

So by the standards of drug research, things are a terrible mess. We’re looking at the most heterogeneous sample possible (everyone), with all the genetic and behavioural variability that entails, with a vast number of possible substances, dosages, and schedules, and hardly any of these can be controlled sufficiently. It’s surprising that we know anything at all, and asking comparatively simple questions (is drinking coffee beneficial or harmful? Red wine?) will make you wonder if we do. ‘Eat a variety of decent food, but not too much of it’ is about all you can say for sure. And didn’t we already know that?