CAS and computers came together to create unique chemicals identifiers 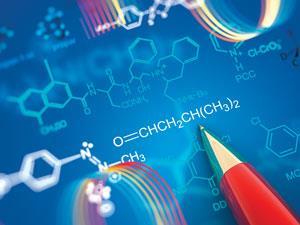 The CAS Registry was started in 1965

The Chemical Registry System was developed by the Chemical Abstracts Service (CAS) from work begun in the early 1960s with the perfection of an algorithm for generating a unique and unambiguous computer language representation of a substance’s molecular configuration. Since January 1965 the structures, names and molecular formulas of all substances indexed for chemical abstracts have been recorded in computer files which form the basis of the Chemical Registry System. Each substance has been assigned a permanent, computer checkable registry number that identifies it in the CAS database and serves as a link between the structure record, the various names used for the substance in the literature and its Chemical Abstracts index name. Chemical Registry System files now contain information on more than 3 million unique substances.

Ed. The CAS Registry continues to be used by researchers around the world. It now contains 103 million unique chemical substances, and more than 66 million sequences. In June 2015 the 100 millionth substance was registered: 1786400-23-4, a novel therapeutic patented by the biotechnology firm Coferon for the treatment of acute myeloid leukaemia.