Introducing the power to predict how structure affects reactivity 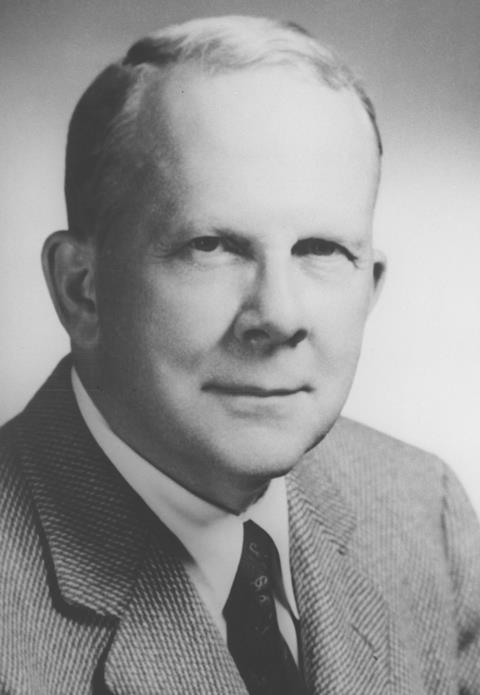 Sometime in the 1990s, physical organic chemistry became unfashionable. Unluckily, this occurred just as yours truly emerged from University College London’s Christopher Ingold Laboratories as a freshly minted practitioner in the art of a good mechanistic investigation.

The organic literature of the time was dominated by the development of ingenious new synthetic methods, often for achieving high enantioselectivity and often intended for synthesising complex natural products. Organic chemistry was becoming a creative art form and the shifting focus was reflected in the merger of Perkin Transactions 1 and 2 to form Organic & Biomolecular Chemistry in 2002. There was no longer a need for a journal specialising in physical organic chemistry, as had Perkin 2.

Oh well. I would have to sharpen my synthetic skills and get acquainted with some pesky ‘named reactions’. I had the tools to do it – my training in reaction mechanism would underpin all I later learnt of synthesis and was the happy legacy of Ingold at UCL. He is credited as a major player in the early development of physical organic chemistry as a sub-discipline, alongside the biggest player of all – Louis Plack Hammett. And the Hammett equation? Well yes, I knew that one.

Born in 1894, Hammett had a settled upbringing in Maine, US, nurtured in the importance of practical scientific endeavour by his father, an engineer of great intellect who had been educated at Harvard and the Massachusetts Institute of Technology. In due course, Louis would also graduate from Harvard where he studied analytical and organic chemistry before spending a year in Zürich, Switzerland, to develop his growing interest in organic chemistry under the guidance of Hermann Staudinger at the Swiss Federal Institute of Technology (ETH).

In 1917, as war raged across Europe and the United States entered the fray, Hammett returned home to face the draft. Instead, he was assigned to support the US Army as a civilian analytical scientist, conducting quality control of paints, varnish and dopants of aeroplane wing fabrics.[1,2] His fledgling career interrupted, it was not until 1920 that Hammett would return to academic research. By way of a post at Columbia University, US, teaching electrolysis, the young man became interested in factors that influence the performance of the hydrogen electrode, and classified them in order to eliminate variability in the measured electrode potential.3

Hammett found himself with an uncommon range of experience in both organic and physical chemistry, reinforced by wider interests in valence bond theory, acid–base reactions and organic cations. He was influenced by Alfred Werner, Gilbert Lewis, Johannes Brønsted and Arthur Hantzsch,4 and viewed subdivision of chemistry into ‘physical’ and ‘organic’ as artificial and unhelpful. At the outset of his independent career, and as he would later rail in the preface to his enduring textbook, Hammett was confronted with a situation where ‘it was almost a point of honour with both physical and organic chemists to profess ignorance of the other’s field’.4 At the same time, he wondered ‘what are we to do … with the proud and growing group who insist that they are not physical chemists, although they use physical chemical methods’.5

In answer, Hammett would make it his own point of honour to straddle disciplines. In 1940 he coined the phrase physical organic chemistry.6

Hammett used ionisation of substituted benzoic acids to define a linear correlation between a constant (σ) specific to a substituent (X), and the rate (k) or equilibrium (K) constant for any reaction of a compound bearing that substituent

Hammett needed a reference point to quantify the effect of a given substituent. He chose ionisation of benzoic acid in water as his reference (figure), and formalised his ideas in his now-famous equation. A reaction constant (r) was given a value of r = 1 for benzoic acid itself, allowing a substituent constant (s) to be calculated for each of 30 different substituents from log(k/kH)or log(K/KH), where k and K refer to substituted benzoic acids and kH and KH to the benzoic acid reference compound.

Aware of Ingold’s conviction that it should be possible to predict the effect of structure upon reactivity,4 Hammett had provided the first method to support that idea. For other reactions of compounds substituted with a group that had a s value, r could now be calculated from a plot of log(k/kH) or log(K/KH) against s. He included almost 40 examples in his first report9 and observed that k (or K) increases when a substituent is electron-withdrawing and decreases when it is electron-donating. He inferred that a positive value of r indicates development of negative charge in the transition state (or product) whereas negative r points to development of positive charge.

The value of this elegant work in substantiating ideas of electronic substituent effects, and its contribution to mechanistic study were enormous. It was an age in which Ingold’s delineation of SN1 and SN2 mechanisms was recent news10 and evidence for charged transition states had now emerged from the Hammett equation.

Today’s resurgence of physical organic chemistry makes me feel at home. But the glory days (perhaps) are over…