Researchers should get ready for ballooning prices, warns Mark Peplow

Helium is an essential element in modern chemistry. Liquid helium chills the superconducting magnets inside NMR spectrometers, for example, and blankets of the inert gas can protect air-sensitive compounds.

Now the fate of one of the world’s main sources of the gas hangs in the balance and the global helium market faces a period of turbulence that could send prices soaring. 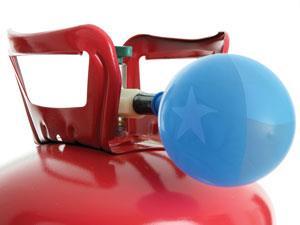 Helium is a trace component in natural gas, and extraction at more than a dozen sites around the world feeds a global demand of 170 million m3 each year. But roughly one third of that comes from a geological stockpile in Amarillo, Texas – the US Federal Helium Reserve. In 1996, US lawmakers decided that the government should get out of the helium business, and ordered the sale of the stores to pay off the facility’s accumulated debts of $1.3 billion (£840 million). The debt should be cleared by October 2013, when the facility is slated to close – even though it still contains plenty of helium.

Without the reserve, there is not enough production capacity elsewhere in the world to meet current needs. This is partly because the supply of relatively cheap helium from the reserve has acted as a disincentive to commercial development of other sources. (The rare isotope helium-3 is also in short supply, but for different reasons – it is produced by the radioactive decay of tritium, itself a scare resource)

Faced with this looming ‘helium cliff’, the US Congress is now considering legislation that would keep federal helium flowing for another few years. This may avert an immediate crisis, and gives commercial suppliers more time to meet the shortfall in supply. New helium extraction facilities

are planned in Qatar and Russia, for example.

But losing the world’s only helium reserve and relying entirely on natural gas production makes helium supply look a lot more uncertain in the longer term. At some gas fields, extraction is not cost effective so helium is simply wasted. And where it is extracted, production is subject to variations in demand for natural gas. Also, with relatively few helium plants worldwide, a single shutdown can take a big bite out of global capacity. The industry’s move towards fracking could reduce supplies further, because shale gas contains very little helium.

Even if the helium reserve does stay open for a few more years, its helium will be sold at much higher prices than before. As a result, average market prices could rise by about 30% in 2014, estimates Richard Clarke, a resources consultant in Oxford, UK. That comes on top of major price rises that have already squeezed research budgets. In 2000, the market price of high-quality helium was roughly £1/m3 (enough to make about 1.35 litres of liquid helium); today it hovers around £4/m3.

So what can be done? Some researchers have suggested banning frivolous uses of helium, such as party balloons. But this accounts for only 8% of global demand, and offers some of the highest profit margins in the market – without birthday balloons, researchers’ helium would likely cost even more.

Instead, we should tackle a much more significant source of waste: those gas operations where helium is not being captured. Clarke reckons that about half of the helium extracted from Algerian gas fields ends up in the kitchens of Madrid and Rome, for example. He and others have argued that the world needs more strategic stores of helium, perhaps administered by an international agency.1 Such reserves could buy up excess helium – offering gas companies a commercial incentive to extract it – to provide a vital buffer whenever supplies lag.

It’s a bold idea, but unlikely to happen in the near future. For now, funding agencies must help to ensure that researchers are not hammered by helium price increases. Helium can account for up to half of the cost of a PhD in fields that depend on cryo-cooling, so researchers should factor in rising prices when applying for grants. Researchers should also consider using cooling technologies such as closed-cycle cryostats that rely on a fixed volume of helium as a refrigerant fluid.

And wherever possible, used helium should be recovered and recycled. Many of the UK’s leading universities already have such systems in place – the Cavendish Laboratory at the University of Cambridge, for example, reuses about 80% of its helium. However, Research Councils UK said last year that five or six additional helium recovery systems are needed across the country.2 These measures are not cheap: a complete system might cost around £1 million, and needs constant management. But it offers a secure supply of helium at a lower cost, and protects researchers from price shocks and shortages.

Even though helium conservation raises the capital costs of research, it will save money in the long run. Funding agencies and research managers should invest now, because the helium problem is not going to float away any time soon.