Holding out for a local hero

Maintaining scientific integrity in a polarised, post-truth political battleground is harder and more important than ever

It rarely suits the media to tell many small stories of the many actions of many people; it prefers the grand narrative, the magnum opus of the genius mind and the cause célèbres of the rich and famous. And so a multitude of thought and action, the fruits of a thousand labours, are distilled, polarised and poured into two vessels – for and against, right and wrong, real or hoax, Clinton or Trump, Strictly or X factor. 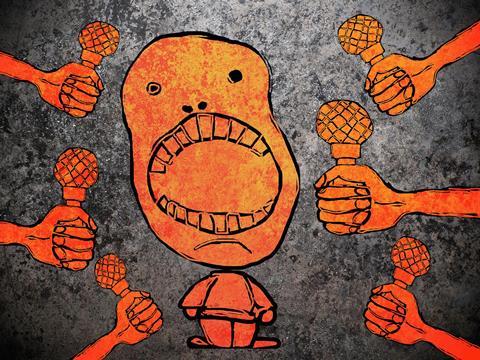 When these stories seek to bring science into their simplified script, it can be an uncomfortable fit. Science doesn’t take sides, anoint winners, or depose losers – it is simply evidence. It’s been suggested for a long time that the main barrier to effective communication of science to the public is not necessarily the complexity of the idea but the misunderstanding of the scientific method. Where scientists anticipate the next experiment, new data, the proof and disproof, the discourse of discovery, instead the public see confusion and contradiction. I think we now face a bigger problem: the ugly misappropriation of the scientific method. Not only are there ‘alternative facts’ (we didn’t like the ones you already had) but also the cruel reshaping of healthy uncertainty into dim-witted incompetence and yellow-bellied flimflam. You can’t trust evidence nor those who gather it because they don’t have conviction. Because they promised us jetpacks and never delivered.

The best and most bruised example of this is the ongoing debate on climate change. Heavily politicised and routinely sensationalised in the media, this topic has made unwilling combatants of scientists. Yet the overwhelming weight of scientific evidence indicates that human activity is the predominant cause of recent climate change. Even if you don’t trust the evidence, or it turns out decades in the future that actually climate change was nothing to do with us, does it still seem sensible to do nothing now? Because if the choice is between doing nothing or doing something, the former carries far greater risks. And though it seems to me that the things we would do to mitigate climate change are just good things to do anyway, clearly there are still those who disagree.

There are many chemists, all over the world, helping us understand and tackle climate change – improving our understanding of atmospheric and ocean chemistry, developing new energy and carbon mitigation solutions, helping crops tolerate changing conditions. Vincent van Gogh wrote that ‘great things are done by a series of small things brought together’. I believe that Chemistry World should be a place to celebrate the small, vital actions of small, vibrant communities. This year, we’ve focused our science communication competition on how chemistry is used locally, whether urban or rural, in cities or villages, in skyscrapers or smallholdings, to improve the lives of those in the community and the environment in which they live.

If you are a new science communicator looking for a big break, or if you know of someone who is, and you’re interested in telling a small story to help solve a big problem, enter our competition.