How can we tackle fake science news? 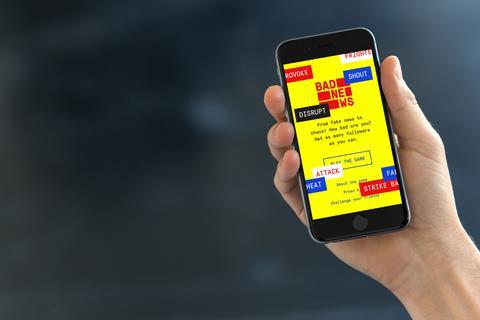 Could you tell a fake science story from a genuine one? I suspect the readers of Chemistry World could but much of the general public might struggle. That certainly appears to be the case, if the enthusiastic response received by pseudoscientific posts on Facebook is any indication. One video that we highlight was watched 83 million times and contained a string of outrageous claims and urban myths.

As scientists we’ve had the good fortune to receive training in critical thinking. Many other professions and university courses also teach the value of scepticism and being alert to the dangers of seeing what you want to. This by no means makes scientists and other professionals immune to the dangers of groupthink or wishful thinking (as has been seen many times), but they are at least aware of the problem and know they should be on their guard. How can the rest of the population cope with the deluge of misinformation they’re now being hosed down with?

Our investigation reveals that Facebook’s efforts to tackle the problem of fake news, including bogus science, have had mixed success. While fact checkers are now debunking some of the worst (and most popular) posts, it typically takes three days for them to tackle each piece of nonsense – fake science news can be particularly time-consuming to get to the bottom of. By then much of the damage has been done and the people that viewed this rubbish are unlikely to see the subsequent rejoinder.

One interesting project that started recently could help by ‘innoculating’ people against fake news. A University of Cambridge team strengthened people’s scepticism using a simple game they named Bad News, in which players try to make a (fake) fake news outbreak go viral. Players attempt to stoke anger and fear – tapping into people’s basest emotions – in hypothetical readers to elicit a response. Just as real manipulators do online for a variety of reasons whether it be profit, propaganda or political misdirection. Players learn how to deploy Twitter bots to amplify a message, how to photoshop evidence and use conspiracy theories to discredit their opponents. In the process, they get to see how they’re being manipulated by (real) fake news, and thus build up their immune systems to fight off an attack. Just 15 minutes playing it was enough to make people more sceptical of dubious news – wherever it came from. It’s a brilliant educational project that could do with being introduced in schools alongside critical analysis of the media.

But if you think it’s only schoolchildren who need lessons in good news hygiene then think again. Another study has found that older generations are much more likely to share fake news than younger ones – the authors theorise that older people may lack digital literacy skills and are more trusting of news outlets, having grown up in a world where the barriers to becoming a broadcaster or a newspaper were much higher. A warning that we should all remain on our guard and give our scepticism immune systems a booster every now and then