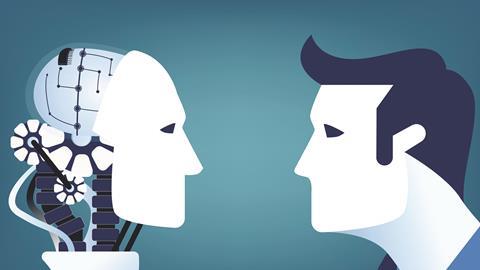 How human is science?

From flint axes to fission reactions, human history is an inventory of inventions. Much of our progress has come in the shape of tools and technology, and that’s particularly true in science. Just look at the pages of Classic Kit – technology is the lens we use to view the world more clearly (quite literally, in the case of borosilicate glass). And in turn, that technology changes our culture and behaviour; we are reinvented by our inventions.

As Ainissa Ramirez writes in her book The Alchemy of Us, those changes can be unpredictable and far-reaching. The Bessemer process, for example, gave us stronger steel for railways that could then span the US, shrinking its vast distances and connecting producers with consumers across the nation. That in turn led to the commercialisation of Christmas once gift-giving was hit upon as a morally acceptable means of realising this new potential for mass consumption.

Chemistry has initiated and undergone many such changes. And it is currently going through one of its biggest in the rise of digital technologies. The Royal Society of Chemistry’s Digital Futures report examines how AI, machine learning and automation are shaping chemistry, and makes it clear that they touch on every aspect of our science. Machines have accomplished many of the physical and mental processes of chemistry, including some that were once considered to be computationally intractable. Synthesis planning, retrosynthesis, reaction optimisation all fall within the arc of algorithms. As these tools become increasingly capable, they raise questions about their implications: how will they shape our science, and ourselves?

We recently reported on the ‘robot chemist’, built by Andy Cooper’s team at the University of Liverpool – a mobile articulated arm that can move around your lab space carrying out reactions autonomously. It also analyses the results and makes decisions about how to proceed, much as a human might – only without our relative physical frailty. In some ways it’s the ultimate research assistant; indefatigable, infallible and immortal. In one sense, the robot chemist is simply a composite of existing AI and automation technologies, but as the closest mimic of a human chemist it is the most articulate representation yet of their capabilities and the questions they pose for science.

Humans are still very much in control of the robot chemist. They make the decisions about the experiment variables and design, and they decide where the boundaries of the robot’s decision making lie. And they also decide what question the robot should try to answer in the first place. But as the robot and its ilk are given more knowledge and greater agency where does the boundary lie: how human is science, and how human does it need to be?

To err is human. But so too is dreaming of Ourobouros on the London omnibus

Machines offer huge time savings and inhuman abilities, and also an idealised science that is free of human error – totally reproducible and objective. But we must still beware: artificial intelligence can inherit and amplify biases when the data it works with is from a biased system. And even science itself, though it is in a sense a workaround for our subjectivity, still carries those traces. As Ramirez has noted: ‘Technology and science are not neutral. They are endeavours that come from humans, and we have biases.’

One (entirely reasonable) hope is that these developments mean humans and machines can each focus on the things they are good at – a collaborative effort where machines work, and people think. But delineating tasks into machine or mind neglects the fact that the way people think is informed by how they live and work. Our physical environment and the objects within it, such as a lab or classroom, are to some extent mapped in the way our minds organise information. Physical manipulations can be an aid to the abstractions of thought chemistry requires. And a sluggish column or an idling distillation impose a rhythm on research, forcing us to be patient and letting our minds wander. Chemists of the future will have to find other ways for their minds to mull over matter. And thinking is not the only thing humans are ‘good’ at; machines are not capricious, or lazy, sloppy or impatient, nor playful or wistful. To err is human, yes. But so too is dreaming of Ouroboros on the London omnibus, or building geodesic domes with your children.

None of this is either good or bad, merely inevitable. Chemists today already practise a very different art than chemists did even decades ago. And equally there are aspects that will persist: Primo Levi’s portraits of his friends and adversaries among the elements may not be entirely recognisable to chemists with less visceral experience of the subject, but his tales of contest and conquest, rapture and misery continue to resonate.

So perhaps the most exciting prospect to consider is how this will change the way we think about chemistry, as we deal with our science at increasingly abstracted distances. If you think science isn’t human, you’ve got another think coming.