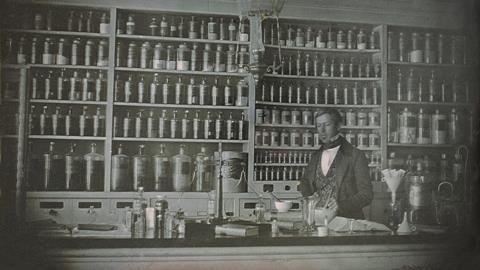 A dose by any other name…

The origins of the word chemistry are lost in the mists of time. However, at least two strands of thought exist on where it came from: one claiming that it was coined by the ancient Egyptians and another that it was the ancient Greeks. The Egyptian etymology suggests that chemistry – or alchemy as it would have been then – came from ‘khem’ the word for ancient Egypt, named for its rich, dark soil. The Greek root comes from the word ‘chemeia’ meaning pouring or infusion. The word chemist or chymist has a rather more recent vintage, first appearing in the mid-16th century. It wasn’t used as a way to distinguish chemical scientists from alchemists, however, until the mid-17th century when a new breed of natural philosophers such as Robert Boyle popularised this use of the word as a mark of scientific rigour. (The neologism scientist wasn’t coined until later still when William Whewell is believed to have first come up with the word in 1834.)

It’s not absolutely clear when chemist became synonymous with pharmacist or druggist (or even the delightful ‘drugger’ – sadly now fallen into disuse). One account claims the earliest mention is a reference to ‘The shops of the Druggists, Chemists, and Apothecaries’ in A New Improvement in the Art of Making the True Volatile Spirit of Sulphur by Ephraim Rinhold Seehl published in 1744. Part of this association is likely to be a result of the earliest chemistry schools being linked with other disciplines such as medicine where the preparation of plant extracts for these other schools was part of their role.

Many of Chemistry World’s British readers will probably remember when UK health and beauty products retailer Boots was still Boots the Chemist. The retail chain gave itself this moniker in 1968 but dispensed with it in 2007. The term chemist is gradually falling from favour among the public based on web searches for the term – at least in this country it seems.

Chemist is a word that has always been a bit blurry around the edges. It is only in recent times that this is starting to change and is a fascinating testament to how language changes around us. It’ll be interesting to see if this trend persists and chemist will truly be a word that is returned to its chemistry roots.