How safe should drugs be?

What does spotting new risks in approved medicines say about how effective regulators are? 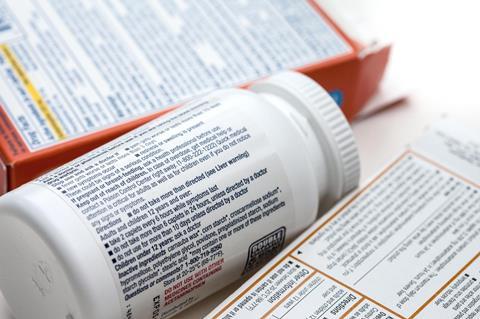 Many safety events result in extra information or warnings being added to drug packaging, but some can result in withdrawal

Drug approval does not mark the end of regulatory attention. The US Food and Drug Administration (FDA), European Medicines Agency (EMA), and other agencies, collect reports on adverse events after any therapy is put on the market, and for excellent reasons. No clinical trials are large enough to give more than a general signal of safety, because none of them can pick up on what might happen (at low incidence rates) in the large populations that will be taking a drug in the real world.

A recent paper in the Journal of the American Medical Association illustrates this. The researchers have studied drugs approved by the FDA between 2001 and 2010 – a total of 222 new agents, including 183 small molecules and the rest biologics. Roughly one-third of these new agents were associated with some sort of safety event in the years after approval. Most of those were relatively minor, but a few have led to products being withdrawn.

The trends inside these numbers are interesting as well – drugs for psychiatric conditions stand out as having more events, as do biologics in general, and all drugs that were under some accelerated approval protocol (or were approved very close to their regulatory deadlines).

There are several ways to interpret these numbers. To begin with, do they reflect an agency that isn’t doing its job well, or one that is? That lands us right in the debate about what drug regulation is supposed to accomplish. Safety and efficacy are the mandate of most regulatory regimes, but these can almost be placed on a sliding scale, and at opposite ends. This is not a popular thing to say (with some listeners), but the only way to be absolutely sure of 100% safety for the public consumers of new drugs is not to approve any. There is always some risk. To avoid that absurd situation, we need to explore where the boundary might be.

Given that it is essentially impossible to guarantee safety in a new drug, asking patients to take it (and healthcare providers to pay for it) with no particular hope of efficacy seems unethical

At the other end of the scale, I’ve never actually heard anyone advocate an ‘efficacy only’ approval system, partly because a drug’s safety problems, if too severe, inevitably end up reducing its efficacy as it kills off the patients. The problem then becomes finding out where the edge of ‘too severe’ might lie, and that’s going to depend on the disease being treated and the possible benefits. Terminal cancer patients with no other therapeutic options face brutal side effects in the hope of beating back their disease, but seasonal allergy sufferers (well, sane ones) are obviously not willing to take the same risks.

That then leads us to a regulatory system that is currently being advocated by many who would like to reform the FDA (and other such agencies). This would test drugs for safety, and then release them into the market to be sorted out for efficacy. There are gradations of this idea, from ‘right to try’ laws for patients with severe diseases, all the way to proposals to completely rework the stands for drug approval. To me, this seems like one of those ideas that might work well on some species other than humans. The association of safety events with accelerated approval does not bode well. Given that it is essentially impossible to guarantee safety in a new drug, asking patients to take it (and healthcare providers to pay for it) with no particular hope of efficacy seems unethical. And I say ‘no particular hope’ in the knowledge that lack of efficacy is the number one reason why most investigational drugs fail in clinical trials. The second most common reason is unexpected toxicity, which backs up the earlier point.

When I’m told, then, that there are safety events for one-third of new drugs, my reaction is that that’s probably about the right proportion, given what we know about their effects. If you want to bring that number down, you’re either going to have to learn a good deal more about human biology (which needs to be done, but is not a short-term solution), or you’re going to have to approve fewer drugs.