Idealisations to the rescue

How simplifications help us to better understand the world 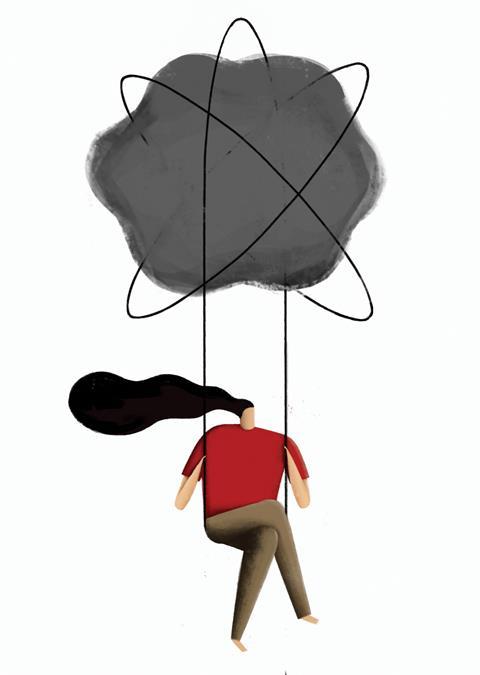 Idealisations carry us through the world, increasing our understanding of what we see

Whether scientists describe the world with a mathematical equation, a pictorial representation or a diagram, one thing is almost always the case: there is some degree of idealisation involved. In recent years, the use of idealisations has drawn the attention of philosophers. In fact, their work has illuminated the fascinating role of idealisations in understanding not only chemical practice and education, but also the chemical world itself.

By idealisations, philosophers wish to capture the deliberate act of dismissing, simplifying or disregarding some feature of the phenomenon that scientists aim to describe. Disregarding the effects of friction when mathematically describing the movement of a body is a classic example of an idealisation. In chemistry too there are many examples. Perhaps the most notable example of an idealisation in chemistry is the pictorial representation of atoms and molecules, depicted with static structures and without taking into account the effects of the environment (among other things). Another example is the mathematical description of atoms and molecules as given by solving the Schrödinger equation. This equation describes the properties of an atom or molecule without considering relativistic effects, and by often disregarding some of the interactions of the electrons and nuclei that make it up.

Philosophers have identified different types of idealisations based on their form and function in science.1 For example, scientists often simplify things by distorting some of the features of the examined phenomenon; such idealisations are called Galilean (inspired by Galileo who talked about their value in his work). This type of idealisation is especially prevalent in mathematical equations that cannot be solved easily. In such cases, scientists distort specific features of the examined system (by distorting specific properties – like its mass or friction) so as to solve the relevant equation and get a quantitative result.

Another reason why scientists idealise is because this helps them understand and explain phenomena. For example, consider the behaviour of a molecule in a particular container under specific conditions. If one took into account all the details of this situation, it would be very difficult to explain which factors play the most decisive role in how the molecule reacts. So chemists idealise by disregarding those features or conditions that they believe play no role in the molecule’s behaviour. These are called Aristotelian idealisations.2

Based on this, it is not difficult to see that the use of idealisations has important implications on how science represents and understands the world.3 First, the results that scientists obtain from solving idealised equations are not strictly speaking correct. So a major issue in scientific practice is whether the descriptions scientists employ produce sufficiently accurate results. If those results are not acceptable, then one must examine what sort of idealisations are employed, to what degree these idealisations affect the accuracy of the relevant description, and whether it is possible to ‘de-idealise’ the description by adding some of the details that were initially omitted.

Secondly, the use of idealisations has significantly revised how we understand science. The image of science as the practice of searching for the one true theory is far from how science is actually done.4 Instead, a range of different models are employed, each of which makes different idealisations and serves different purposes. Some models are used because they accurately predict certain properties; others are used because they explain well; whereas others are preferred because they are general enough to capture a group of different systems. So, the choice of a particular idealisation is determined by the aims that the relevant description is supposed to serve.

Does this mean that chemistry is false?

An interesting conclusion that philosophers often draw from this is that science is not only about the search for truth. In fact, the use of idealisations has affected how philosophers evaluate scientific theories with respect to how realistically they describe the world.

Some argue that the use of idealisations should at least make us sceptical about the degree in which we believe our theories to be true. On this view, the use of idealisations undermines the grounds we have to believe that our theories correctly represent the world. Instead, the value of our scientific descriptions lies mainly in how useful they are in explaining, predicting and manipulating things around us.

Others accept that idealisations render our descriptions strictly speaking false, but nevertheless believe that these descriptions correctly inform us about the world. Despite the use of idealisations, our theories are evaluated with respect to the best empirical means we have and meet certain standards in order to be deemed acceptable. Therefore, one should not dismiss scientific theories from being faithful representations of the world.

Lastly, some philosophers believe that it is by idealising that we can grasp how the world actually is. By omitting details that play a minimal role in how a system behaves, idealisations lead to descriptions that successfully identify only those features that are causally relevant to the system’s behaviour.5 In this context, idealisations do not merely help us describe a complex world; they are the means that enable us to accurately understand how specific parts of the world work.

5 A Potochnik, Idealization and the Aims of Science. University of Chicago Press, 2017