Do we need a broader definition of life, and a new word to go with it?

‘Is there lyfe on Mars?’ That might sound like a Chaucerian remix of David Bowie’s song, but astrobiologists Stuart Bartlett and Michael Wong have suggested it might be the proper way to pose the question.1 They propose that we broaden the notion of ‘life’ into a more all-encompassing category called ‘lyfe’, to include anything that satisfies ‘all four processes of the living state, namely: dissipation, autocatalysis, homeostasis, and learning.’

But are these really the necessary and sufficient properties of living systems – and if so, do we really need a new word to describe them? 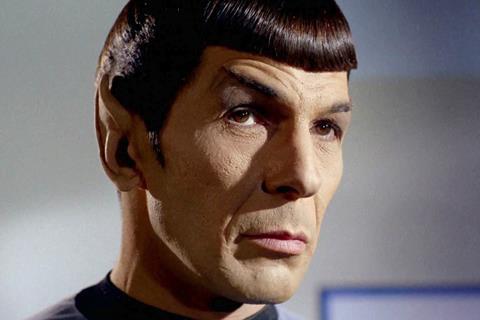 Commander Spock never actually said ’It’s life, Jim. But not as we know it’. Though if he had, perhaps he would have opted for ‘lyfe’ instead.

The meaning of lyfe

Some of the initial responses to Bartlett and Wong’s article have grumbled that the answer to the second question is ‘no’. But you can see the logic of their position. The search for life (including intelligent kinds) on other worlds has long struggled to escape parochialism. For example, Nasa’s watchword in looking for habitable worlds was for many years ‘follow the water’. Yet while we know of no terrestrial life that can do without liquid water, and there are subtle reasons why it would be a hard solvent to equal for making life possible, there’s no reason to make it a sine qua non for life.2 And as far as Seti (the search for extraterrestrial intelligence) is concerned, astrobiologist Nathalie Cabrol has accused it of ‘searching for other versions of ourselves’. 3 By coining ‘lyfe’, Bartlett and Wang hope to free our minds from terracentric preconceptions.

Nasa defines life as ‘a self-sustaining chemical system capable of Darwinian evolution’. Even though that makes no reference to any specific chemical basis, evidently it insists that the mechanism by which life elsewhere evolves will be the same as that on Earth. Assuming natural selection will apply to aliens too is not as presumptuous as it might seem – as biologist Arik Kershenbaum has pointed out, we know of ‘no serious alternative contenders’ for how complex life might arise from scratch.4

On Titan, for example, the partitioning made possible by extreme cold might permit “lyving” systems without membranes

All the same, Bartlett and Wong refuse to be tied to even that assumption. They say that ‘life as we know it’ can be considered a subset of a more general category of chemical systems that warrants astrobiological attention. One vital shared attribute is autocatalysis: an ability to assist in making more of itself, which presumably becomes replication when the systems are discretely compartmentalised. Equally essential is the maintenance of an ordered, low-entropy configuration, which typically involves tapping some energy source and using it to maintain a non-equilibrium steady state: what is called a dissipative system. (Some such systems can clearly be non-living in themselves: for example the patterns seen in convecting fluids.) Origin-of-life theories that invoke disequilibria at hydrothermal vents, for example, suggest that this dissipation might tap redox or chemiosmotic gradients. Lyfe too has to be a non-equilibrium phenomenon, but could be more diverse in the disequilibria it exploits.

Two other features are needed. Homeostatic regulation preserves the system in the face of external perturbations, while information about the environment is harnessed and processed via memory and learning. Filtering and remembering environmental information that is predictively useful seems to be a universal requirement for complex physical systems that function with high thermodynamic efficiency.5 Natural selection can be considered a special kind of learning in which a memory of salient environmental information is passed in encoded form between generations.

Bartlett and Wong say that their view of lyfe doesn’t reside at any particular scale – it isn’t some intrinsic property of, say, a group of molecules, or a cell-like structure, or a discrete organism. Harking back to James Lovelock’s Gaia theory, they say that ‘the living state may best be assessed at an ecosystem or planetary scale’ – echoing Lovelock’s view that life cannot persist precariously on a planet.

One attraction of this list of criteria is that it allows for a clear distinction between systems that share some lifelike features – chemical reaction–diffusion patterns or viruses, say – and those that truly constitute lyfe. The two researchers also hope that their scheme might resolve some of the disputes and ambiguities in origin-of-life studies, which they feel are sometimes talking at cross-purposes. Between a top-down approach that seeks to identify the features of ‘Luca’ (the last universal common ancestor) from phylogenetic analysis, and bottom-up approaches that try to plot a route from abiotic geochemistry to protocells, there remains a potentially unbridgeable gulf because neither direction imposes constraints that can converge on a unique trajectory.

The duo suggest that this view of what we might call ‘lyfe’s grandeur’ could help others be clearer about the questions they are addressing. And they sketch out a few scenarios that their scheme suggests for the existence of lyfe-like entities in decidedly non-terrestrial settings. On Saturn’s organic-rich moon Titan, for example, the partitioning made possible by the extreme cold might permit “lyving” systems that are not compartmentalised by membranes.

So whether or not the notion of lyfe is needed, it raises interesting questions. Perhaps one obstacle to adopting the term is that, to distinguish it verbally, the researchers propose the pronunciation ‘loif’. Much as it would be fun to hear astrobiologists talk like Hollywood movie pirates, I can’t see it catching on.

4 A Kershenbaum, The Zoologist’s Guide to the Galaxy, Viking, 2020