It's time to speak up for Europe

Researchers in the UK benefit enormously from their country’s membership of the EU. They need to say so, argues Mark Peplow 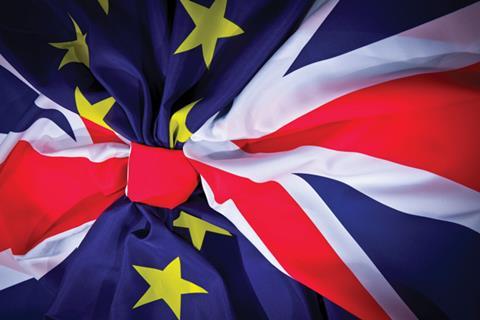 Political debate about the UK’s place in the EU has grown into a fevered cacophony over the past few months. With Prime Minister David Cameron promising a referendum on membership in 2017 (assuming his party wins next year’s general election), much of the accompanying rhetoric is taking an increasingly anti-European tone that raises the disturbing possibility of an exit.

That would be disastrous for UK science. From the EU funding that British scientists receive, to the benefits of hiring talent from across the continent, the ‘science case’ for membership is overwhelming.

Many business leaders have spoken out strongly in favour of membership. Yet the scientific community has been too quiet. That must change: it is time for scientists, and the institutions that represent them, to join together in arguing for the UK to remain a full and committed member of the EU.

There is power in a union

Between 2007 and 2013, UK researchers and institutions received more than €6 billion (£4.7 billion) from the EU Seventh Framework Programme, some 15% of the total budget – a greater proportion than the country’s net contribution to the scheme. Britain stands to do just as well from the €78.6 billion Horizon 2020 research framework, which launched late last year. UK scientists are also adept at winning grants from the European Research Council: more than 20% of its grantees since 2007 have been based in the UK.

The UK clearly gets a lot more out of the EU than it puts in, and not just in financial terms. EU membership makes it easier to attract the best and brightest to our labs, and helps us to forge international collaborations with access to world-class infrastructure. Pan-European collaboration is not just good for British research – it is good for science as a whole.

The science case for EU membership is overwhelming

Membership also gives UK scientists a strong voice in setting research priorities and targeting investment, ensuring that excellence is the key benchmark for funding and that there is an appropriate balance between basic and applied research. That has helped to ensure that Britain is a key player in the EU Graphene Flagship project, for example, with the National Graphene Institute in Manchester and the Cambridge Graphene Centre both acting as hubs of the initiative. Indeed, without the freedom of movement afforded by EU membership, graphene pioneers Andre Geim and Kostya Novoselov would have found it much more difficult to transfer their research to the UK from the Netherlands.

Many of these compelling points were outlined by Paul Nurse, president of the Royal Society, in a January 2013 article for The Observer, and the facts have not changed. Yet in this climate of growing anti-European sentiment, these arguments need to be reiterated at every opportunity.

What would happen if the UK left the EU? To see some of the consequences, look no further than Switzerland – not an EU member state, but with many of the benefits of free trade and access to funding. Following a referendum in February, the country’s government said it would introduce immigration quotas to limit the number of migrants from the EU. The European commission’s response shocked Swiss scientists, by immediately freezing them out of various EU research programmes. A partial return has been negotiated, but the political wrangling has been painful for Swiss science.

Cameron has also spoken about applying an ‘emergency brake’ on immigration from other EU member states, and this could prompt similarly dire consequences. Even if scientists were somehow exempt from immigration controls, the climate of hostility towards immigrants must look quite poisonous to those considering bringing their research – and their groups – to this country.

Of course, any possibility of an exit is still a general election and referendum away, so scientists might be tempted to keep their powder dry until it actually matters.

But it matters now. The debate is already priming the electorate to vote against EU membership in a referendum, and the longer that antipathy is allowed to fester the harder it will be to reverse in 2017. Moreover, there is growing evidence that the rhetoric is already putting off students and scientists from coming to the UK.

In October, Leszek Borysiewicz, vice chancellor of the University of Cambridge, spoke forcefully against the growing anti-immigration mood in political discourse, attacking ‘attitudes and policy decisions which seem ever more parochial and positively detrimental to the work of the higher education sector’. Weeks earlier, chemist Andrew Hamilton, vice chancellor of the University of Oxford, warned that ‘for the first time in decades, the number of international students at our universities has dropped’, and blamed a visa system that is‘hostile’ to student entry.

The EU is far from perfect – just look at the hopeless logjam over the approval process for genetically modified crops, and the astonishing decision to axe the role of EU chief scientific adviser. But we are far better placed to influence the course of science policy if we are actually part of the union.

I’m sure that leading scientists are making the case for membership directly to politicians. But scientists must also raise their voices in the public debate. We need more proactive campaigning from learned societies, universities and individual scientists to make it clear that EU membership offers huge benefit to this country’s research base. Politicians, journalists and fellow voters should be left in no doubt that science would suffer from an exit. We must not simply sleepwalk into separatism.