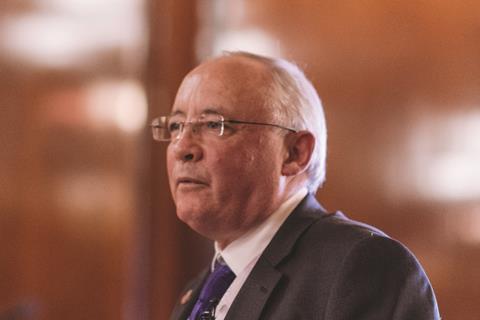 Drug discovery is not just about finding the right molecules. You also need to be able to make them in scalable and efficient ways. While contract research organisations (CROs) can be quite large and sophisticated in drug discovery, those involved in chemical development tend to be less developed.

But demand for chemical development CROs is increasing, says consultant David Lathbury. More and more discovery work is being done by small companies, and more compounds are going to later clinical stage before bigger companies want to take the risk of buying them out. So, rather than just needing a couple of kilos of a compound for Phase I clinical trials and toxicology studies, companies might need to make tens of kilos for a Phase II campaign. ‘For that you really need a pretty respectable synthesis,’ he says. ‘You can sometimes bash out a kilo or two from the medicinal chemistry route, but you can seldom make 20–30kg.’

There is also increasing demand from big pharmaceutical companies. While many firms outsource a lot of medicinal chemistry work, they retain significant expertise in chemical development, to work on both internal compounds and those bought in from outside. However, those companies still look to CROs – particularly for early-stage, rapid-response work. ‘That’s where the compound is at its highest risk,’ says Lathbury. That leaves the in-house staff to focus on later-stage work, and developing the final processes and data for regulatory submissions. ‘I think there’s a demand for CROs that can go up to Phase II, but the question is whether companies are willing to pay enough to make that a valuable business proposition,’ he observes.

Lathbury suggests that – while it might initially seem desirable for CROs to follow the big pharma model, bringing medicinal chemistry and chemical development activities together and provide an end-to-end drug development service – there are good commercial reasons why this often doesn’t work in practice. ‘If you’ve got a chemical development section trying to take on the projects from your medicinal chemistry group, you can’t afford to have them doing nothing while they wait for the candidates to come through – you’ve got to have them doing other things. But then, if they’re doing other things and all of a sudden a project comes through, they’re not available to take it on.’

And it’s not just about personnel. Having reactors standing idle adds significantly to overhead costs. That, says Lathbury, is one reason why chemical development CROs tend not to enter into the same kind of large full-time-employee (FTE) research contracts that give medicinal chemistry companies more predictable revenues. ‘They want to fill their plants as much as possible (because that’s their biggest cost). So they don’t really want agreements for 10–15 FTEs if that means they’re just doing research instead of manufacturing.’

One way to smooth out those variations in demand is to develop background activities, says Lathbury. While he headed up chemical development at Albany Molecular Research (AMRI), Lathbury expanded the catalogue of fine chemicals that the company supplies to fill in plant time between projects. Another option is to use spare capacity to manufacture active pharmaceutical ingredients for generic drugs.

Lathbury is developing a slightly different approach at UK-based CRO Charnwood Molecular. The idea is to combine early stage chemical development research with medicinal chemistry projects. Because Charnwood doesn’t have large manufacturing vessels, it doesn’t have those overheads. And by getting chemical development involved earlier, it means the chemistry is better understood before it’s transferred either to another CRO or an in-house team at a big company. ‘That way, you have a much better idea of what you’re handing over, and the other side know what they are getting into.’

The idea harks back to Lathbury’s early career, when many medicinal chemists at big companies would have spent some time in chemical development, and development project teams regularly included representatives from medicinal chemistry, so they would see what was going on and understand the process. ‘That pretty much changed in the 1990s,’ he says. ‘I guess it was viewed as a luxury we couldn’t afford.’

Such increased specialisation within R&D has led to a rift in understanding between functions. ‘The lack of knowledge in some medicinal chemistry departments or small medicinal chemistry companies of what goes on after candidate selection is actually quite shocking,’ says Lathbury. ‘Even senior staff I’ve met as potential customers, it’s really quite amazing that they have no concept. But their job was to simply discover new drug candidates.’

That lack of cross-over – combined with tight margins and intense pressure to deliver on projects – also tends to stifle innovation. ‘It’s very hard to innovate under the gun,’ says Lathbury, ‘and customers often don’t want too much laboratory work on their projects.’ Innovation takes investment, which is risky for CROs on tight margins. Those same pressures also make it difficult for CROs to invest in training the next generation of innovative chemists. ‘CROs do take younger people, but many customers want the most experienced people on their projects – they don’t want the novice. And if someone makes a mistake, they can be quite critical. It can be a tough place for a youngster.’

Lathbury contrasts the situation in the west with that in Asia, where several large CROs have been built up, in some cases with government support. ‘The big companies want innovation, but they’re going to need to pay a bit more for it,’ he says. ‘And if it doesn’t happen, when the experienced staff retire, there’s the possibility that it will all move to the east.’