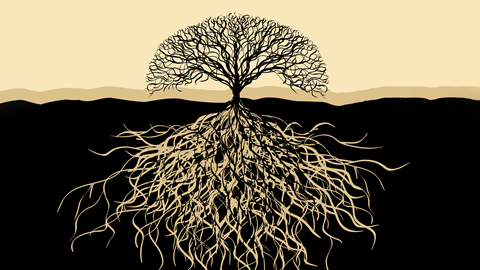 Why don’t you go with the flow?

Chemists are conservative – it’s part of our nature. Our subject teaches us to be this way because it has a history of being difficult: there are so many ways that chemistry can go wrong, and so very few ways to make it work that it pays to stick with what you know.

This conservatism extends to the equipment we use. The only thing that’s been proven to be generally useful for generations of chemists is a round-bottomed flask. Chemists are used to creating their own apparatus from a basic glassware kit, and to doing different things with it every day. Indeed, we take pride in overcoming the impossibilities of chemistry using such minimal equipment, and it forms a large part of our training.

But as chemistry struggles with problems of reproducibility, it’s time to rely on more complex technology.

When we started selling flow chemistry equipment in 2004, one of our biggest challenges was convincing chemists to give up their flasks. At the time chemists didn’t even know what flow chemistry was; I wrote the first Wikipedia page about the subject in 2006. Lots of people even told us flow chemistry was stupid, and we had to teach them about it.

Young chemists are often the most conservative

Then, even when people began to show interest in flow chemistry, few of them could convince their bosses to spend £100,000 to have a go, because there were no papers to say it worked. Chemists are sceptical. They couldn’t see any flaws in the theory, and we had the proof to say it worked, but they wanted to see proof from somebody who wasn’t selling them something.

Yet chemists are also highly practical – they are problem-solvers. So when people couldn’t afford our equipment they would try to make their own, which of course wouldn’t work for reasons that our system was designed to overcome. For example, chemists often consider pumps as unimportant – just things that squirt stuff – but pumps are essential to flow chemistry. If you consider a flow system as a tree, the leaves are the product being created, and the branches are the reactor itself. Then the underpinning roots, invisible to the observer, are the pumps. You can’t make beautiful leaves without healthy roots. It’s so common for a chemist to cobble something together using a pump they have hanging round at the back of the cupboard. They don’t understand that they’re trying to make a tree with rubbish roots.

Flow chemistry equipment is expensive because, just like all chemistry, making it robust and consistent is difficult. A set of round-bottomed flasks and a hotplate stirrer might cost a few hundred pounds, but then success relies entirely on the practical skill and intellectual horsepower of the individual chemist using it. That’s a huge variable, and it creates inconsistency. Chemistry’s reproducibility problem has arisen in part because so much remains undocumented about the precise conditions of an experiment, and the things that the original chemist did without even realising their importance.

Where else is the success of an experiment reliant on the person who carried out the work? Not in biology, not in physics, only in chemistry. And it no longer needs to be the case. As technologies such as flow chemistry, automation and other machine-assisted chemistries become more prevalent, the need for a chemist to be expert in manipulating flasks is gradually being removed. Future generations of chemists need to be ready for the change and to adapt to these new approaches.

That’s particularly important, because young chemists are often the most conservative. Fresh graduates coming straight out of university have had to be especially cautious about which things they choose to do, because if they end up spending all their time on things that fail, they might not get their degrees or PhDs.

So then where’s the chemist’s skill? It’s not in practical work anymore, but in thinking. And to get the best value from people’s minds, we must remove the fallible human element of practicality, so that one person’s thinking can be amplified. You need machines that allow anyone using them to put in the same parameters and get the same results. That means the only way to successfully do chemistry is to use your brain and not to value only your hands.