Looking past palladium to an elegant view of zirconium 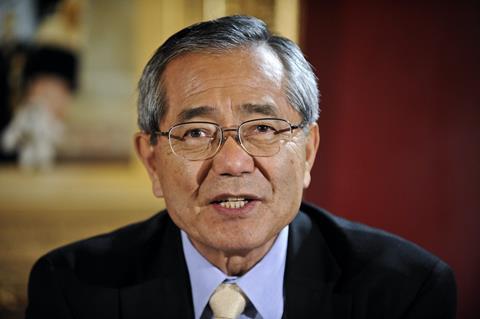 The 2010 Nobel prize in chemistry was given in one-third share to Ei-ichi Negishi (alongside Akira Suzuki and Richard Heck) for ‘palladium-catalysed cross couplings in organic synthesis’. In time, the award rather overshadows the wider achievements of its recipients. All those seeking palladium catalysis – look away now.

Born in 1935, Negishi’s early childhood was spent in China and Korea before his family returned to Japan shortly after the second world war. Ei-ichi was 10 years old and quickly settled into his schooling in the stable surroundings provided by his hard-working parents. He became disciplined and motivated, and secured entry to the University of Tokyo aged 17. Yet this success proved a disappointment. Specialising in industrial chemistry, Negishi did not find his studies stimulating. In his Nobel lecture more than half a century later, he would report that ‘only in a relatively small number of classes did we learn some fundamentally important chemistry [and] most of these classes were, in my opinion, rather poorly taught’.1

This dissatisfaction was compounded after the award of his Bachelor’s degree. Employed in synthetic polymer research with Teijin near Hiroshima (no doubt the hoped-for outcome for most graduates), the young man found his interest was piqued, but his knowledge of organic chemistry was insufficient. The Japanese educational programme for scientists at that time met the needs of industrial progress for the nation – but not the lively intellect of Ei-ichi Negishi. He would need a plan… a Fulbright scholarship.

Armed with a leave of absence from Teijin, Negishi relocated to the University of Pennsylvania, US, in 1960. Penn was chosen by the Fulbright Commission from institutions that Negishi had suggested based on his formal interest in polymers. Charles Price was chair of the chemistry department, a polymer chemist who knew that applied synthesis must be underpinned by an understanding of the mechanistic basis of organic reaction pathways. Here in Pennsylvania would Negishi’s appetite for the discovery of physical principles, for debate and dialogue, be met. Interwoven with his doctoral research was a wider training in advanced contemporary organic chemistry, and his interest in organometallic chemistry found its spark.

Zirconium is an inexpensive transition metal with the electronic configuration [Kr]4d25s2. It therefore has a common oxidation state of +4 in compounds, and the oxidation state of +2 should also be accessible. In 1966, George Watt and Frank Drummond made the first attempt to prepare a zirconium(ii) species when they conceived that bis(cyclopentadienyl)zirconium (Cp2ZrII or zirconocene) would arise from the reduction of Cp2ZrIVCl2 using sodium metal.2 The product was too unstable to directly characterise, but the same researchers found that zirconocene could be stabilised as its complex with diphenylacetylene, Cp2Zr(PhC≡CPh).3 In fact, this stable form can be viewed as either the η-complex of zirconium(ii) or the metallocyclopropene of zirconium(iv) (figure 1) – but as the compound is obtained from a formal reduction of Cp2ZrIVCl2 it is useful to view it as the η-complex, a loosely ligand protected Cp2ZrII species. No one would do more to exploit this interpretation than Negishi.

In the years of Watt and Drummond’s pioneering work, Negishi had moved to Purdue University, US, to study hydroboration reactions with Herbert Brown. Given the opportunity to explore his own ideas, Negishi soon developed an interest in wider hydrometallation and carbometallation reactions. The organozirconocene formed from Cp2ZrCl2 by reduction/π-stabilisation is coordinatively unsaturated at the metal. Could it be a reagent for carbozirconation of alkenes and alkynes? Well, yes. In Europe, evidence began to emerge in support of this idea. Gerhard Erker demonstrated that the η-complex Cp2ZrII(benzyne) adds across the double bond of ethylene,4 and Usein Dzhemilev reported an ethylmagnesiation of alkenes that required catalytic Cp2ZrCl2.5 This caught Negishi’s attention and he demonstrated the active carbometallation reagent to be a Cp2ZrII(ethylene) complex, and not the ethylmagnesium halide.

In these examples, an overall cross coupling between two π-components is achieved. Upon securing his position as full professor at Purdue in 1979, and with thoughts of returning to Japan behind him, Negishi settled to the task of achieving pair-selectivity and practical use for the coupling. The importance of ligand-stabilisation of Cp2ZrII remained of interest – need the π-ligand participate in the coupling? Other ligands led to unreactive dimers – formally of zirconium(iii). The π-ligand was a Goldilocks solution – just enough stabilisation and just enough zirconium(ii) character. Any π-ligand? Well, no. Cp2ZrII-alkyne η-complexes (like Erker’s) always incorporate the ligand in the product. An alkene ligand that is readily displaced and not susceptible to homodimerisation was required. In 1986, Negishi published his solution: a Cp2ZrII(1-butene) complex generated from Cp2ZrBu2 by thermal elimination of butane (figure 2).6

The butene ligand in Negishi’s reagent is readily displaced by another π-compound, so complexation and carbozirconation of alkenes or alkynes can be achieved. Homo coupling may occur, but cross coupling is achieved by intramolecular cyclisation (figure 3).7 There is great elegance here. The product zirconacycle retains an empty valence-shell orbital available for coordination, which allows migratory insertion of a host of nucleophile and carbene reagents.8,9 The synthetic potential of these controlled and sequential bond-forming processes is yet to be fully realised.

Carbon–carbon bond-forming processes usually attract the interest of the Nobel committee, but the prize is rarely awarded twice. Ei-ichi Negishi anyone?

Editor’s note: This is the final Named Reactions article – thank you Sally for providing us with such an entertaining and informative series. View the full series here.