New antibiotics: what's the hold up?

It’s more a research problem, than a commercial one, says Derek Lowe 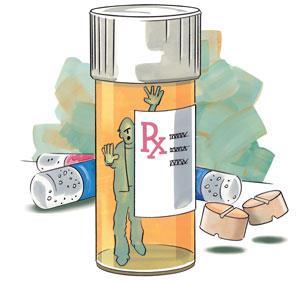 If you’re an editor in need of a medical headline to fill out some column space, I can recommend ‘New antibiotics needed, experts warn’. Don’t worry if you don’t have all the details: experts are always warning about that, and unfortunately, they’re always right. That headline’s been valid for years now, and it looks like it will be good for quite a few more.

Now, why should that be? Here’s a large market, with a substantial unmet need that’s doing nothing but growing over time. Why aren’t the pharma research labs stepping up to fill it? You can get several answers to that question, naturally. One will always feature the declining number of companies said to be working in the area. Another will point out that any new antibiotic will immediately be reserved for serious, resistant cases, and thus has little chance of capturing a large market (yet). These both come down to ‘Because companies can’t make enough money at it’, which doesn’t make them sound very responsible, does it?

I can tell you, though, another reason that may sound like an excuse, but isn’t. One reason we don’t have new antibiotics against resistant bacteria is that finding one is extremely difficult. Having tried it myself a few times, I can testify on the basis of personal experience. You’d think that killing bacteria would be a great field to work in. You’re not trying to delicately tweak some pathway in human cells – no, you can pick some bacterial target that higher organisms don’t even have, and then hit it as hard as you’d like. And you have fast, utterly reliable in vitro assays to see how you’re doing, which can be followed up by highly predictive animal models. No fiddling around with engineered mice and surrogate endpoints: you go right to the main question of whether the bacteria are dying. So what’s so difficult?

What’s so difficult is that bacteria are completely unlike the human cells that most drugs target. The cells in our bodies live in gated communities, surrounded by their friends and relatives. They have their food delivered to them, they have their waste hauled away, and they have a standing army ready to protect them. This has allowed them to devote themselves to the specialisation that keeps us all walking around. But bacteria are generalists. They have to be, living in a constant Hobbesian war of all against all. They’re fighting for their food, for living space, and against constant attempts by their neighbours to kill them off.

What doesn’t kill me

Those neighbours include us. We’ve exerted the most concentrated Darwinian selection pressure we could manage on the pathogenic strains. And that leaves the surviving bacteria equipped with a wide (and constantly evolving) array of defensive measures against just the sorts of attacks we’d like to mount against them.

I realised after my first exposure to antibiotic drug discovery that I’d never had any problem generating cytotoxic compounds against mammalian cells. Happened all the time – not that I wanted it to, of course. But killing bacteria, especially fully armed wild-type bacteria? That was a major event. And even then, most of the compounds you find that can accomplish that will do the same thing to your own cells, which is definitely not the idea.

And that brings up another question about those bacterial targets, the ones that are so orthogonal to human cellular pathways. A disturbing number of them have already been the subject of screening efforts and optimisation attempts – without success. They also seem to be a bit orthogonal to the kinds of structures that medicinal chemists make. There are antibiotics with reasonable-looking structures, but they’re outnumbered by natural-product-derived beasts, complex structures no one would have gotten around to synthetically for another few hundred years otherwise. Perhaps these kinds of things are needed to get in through the bacterial membranes, or needed to avoid being pumped right back out, but it does complicate one’s research.

This all means, it’s sad to say, that the limiting factor in antibiotic drug discovery probably isn’t the amount of money to be made at it. That’s too bad. Money’s a factor that could be adjusted by regulatory agencies, governments, and foundations. But no amount of cash will keep resistant bacteria from being the hard targets they are.