Born not from the spark of an idea but the afterglow 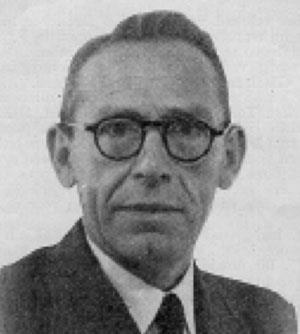 In the past 20 years, the idea of a job for life has become taboo. It is assumed that workers will move regularly, deploying their skills in different contexts and, in doing so, allow companies the ‘flexibility’ to ‘manage their human resources’ more efficiently. What is lost is long term loyalty and the now old-fashioned view of companies founded on a social compact. But patience and long term dedication sometimes bring greater rewards. One example is the Penning gauge.

Frans Michel Penning was born in the farming town of Gorinchem on the banks of the Rhine in Holland. He studied in Leiden, where he did his PhD research with the most famous Dutch scientist of the day, Heike Kamerlingh Onnes, the discoverer of superconductivity. His thesis was on the thermodynamics of gases at very low temperatures – he made careful measurements of the isotherms and isochores of hydrogen, helium and several other gases at temperatures approaching absolute zero, work requiring great care and precision.

Graduating from Leiden in 1924, Penning got a job at the central research laboratories of the Philips Company, then a magnet for top graduates. It must have been an extraordinary place to work, if the contents of the Philips Technical Review are taken as a guide. The house journal contains articles on a fascinating variety of topics: science and engineering but occasionally science policy as well.

Penning set to work on the issue of electrical discharges in low pressure gases, an area that was attracting increasing attention as physicists and engineers struggled to work out how to turn the phenomenon into useful applications. His earliest work was on discharges in the noble gases and he was soon faced by the difficulty of reproducing literature results as well as his own.

It became clear to him that the breakdown potential of gases – the point at which they change from insulating to conducting, often accompanied by a glowing light – was highly dependent on purity. Traces of other gases could effectively catalyse the breakdown process through collisions with metastable atoms of the major constituent, leading to a cascade of ionisation.

The biggest question, however, was how to measure ever lower pressures reliably. McLeod gauges  represented the gold standard for measuring pressures down to 10–4mmHg. But pumping technology was advancing rapidly in the wake of Wolfgang Gaede’s rotary and diffusion pumps and of Irving Langmuir and Martin Knudsen’s improvements. Measuring the ever more ephemeral, quickly and reliably, became a growing preoccupation for vacuum physicists. Marcello Pirani’s robust and continuously reading thermal conductivity gauge was a big step forward. But to go to lower pressures required something more subtle.

Many solutions were proposed. Langmuir suggested that the viscosity of gas between two disks, one spinning, the other suspended from a quartz fibre, would induce a gentle torsion proportional to the pressure of the gas. Though absolute, it was very delicate and required careful calibration.

Knudsen designed a gauge based on two rectangular wire frames: one hot but fixed, one cold but suspended on a torsion wire. When exposed to the vacuum, momentum transfer from the molecules leaving the hot frame and striking the cold would cause the suspended frame to twist in a manner independent of the nature of the gas. It was brilliant, but extremely fragile.

Penning took a different approach. It was well known that the gas in a vacuum system would glow when approached by a Tesla coil. Below about 10–3mmHg, the discharge would vanish leaving behind only a telltale, but otherwise uninformative fluorescence in the glass. But the discharge itself might be harnessed – surely the current would be proportional to the pressure of the gas? With triode ion gauges the current was more or less proportional to the pressure in the tube. But as the pressure was lowered the current became ever harder to measure, and the filaments were subject to fouling and breakage. 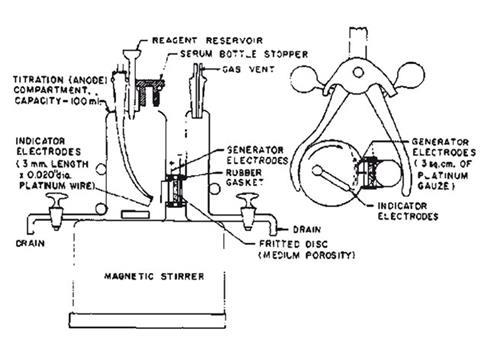 Alert to Gaede’s suggestion that a magnetic field could increase the path travelled by the electrons, and perhaps aware of the new cyclotron invented by Leó Szilárd and Ernest Lawrence in the US, Penning altered the geometry of his vacuum tube. He placed a ring-shaped cathode with two anode plates above and below in a magnetic field. Electrons leaving the ring would travel between the electrodes in long, spiral orbits rather than in straight lines. Along the way they would undergo many ionising collisions, resulting in a huge amplification of the measured current due to the gas. Unlike its predecessors, it had no moving parts, required no heating, and could therefore handle rough treatment.

Penning’s gauge would then inspire Hans Dehmelt to use the combination of axial magnetic and quadrupolar electrical fields to confine electrons or charged particles in the so-called Penning trap. This would lead to a fundamentally different approach to high resolution mass spectrometry: the ion cyclotron resonance spectrometer or ion trap. Dehmelt was awarded the Nobel prize in physics in 1989.

Penning remained at Philips until his retirement, and his gauge is a testament to a long and quiet career pursuing interesting science. Thinking takes time and space. Is there evidence for deep thought today in the increasingly high margin, fast turnaround world? In the banks, for instance?