Peeking inside a cell’s diary

Expression recording islands show when and where cells responded 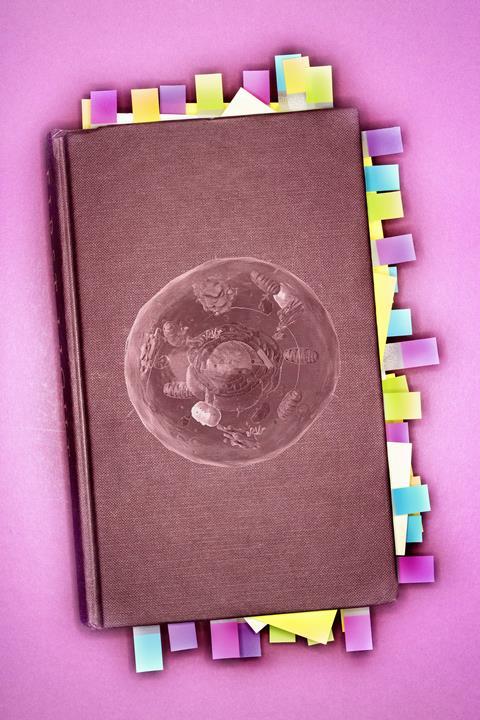 The critical reputation of French-American writer Anaïs Nin has fluctuated over the years, but she certainly advertised the benefits of keeping a diary. When hers was published in 1966, it made her a literary star. ‘It was while writing a Diary that I discovered how to capture the living moments’, she attested.

Capturing the living moments of cells by the creation of molecular diaries has now become a cottage industry. The motive is clear: we can only understand biology properly as a dynamic process, a constant cellular conversation mediated by molecules. This chatter generally involves the switching on and off of genes, regulated through complex networks of interaction and signalling. ‘The real “raw material” of the human body’, writes oncologist Siddhartha Mukherjee in his new book The Song of the Cell, ‘is not [static] information but the way that information is enlivened, decoded, transformed, and integrated… by cells.’

How do you enable a cell to keep a diary? Several existing approaches exploit the informational nature of DNA itself to make a molecular record of signals that cells receive.1 For example, the gene-editing Crispr-Cas9 system has been used to introduce mutations into a well-defined target site in the cell’s genome when a cellular event triggers the transcription of an RNA molecule that then guides the DNA-cleaving Cas9 enzyme to that site. In this way, a San Francisco-based group were able to record changes in cell states during the gastrulation stage of mouse embryogenesis.2

But DNA-based methods demand the involved procedure of sequencing the cells to spot the DNA edits. A team based at the Massachusetts Institute of Technology, US, led by neuroscientist Edward Boyden, wondered if keeping a cellular diary using proteins would allow a simpler kind of readout. The concept is elegantly simple.3 The cells are equipped with genes encoding a protein that is constantly expressed, and which will aggregate into long filaments that constitute the ‘recording tape’. The protein is tagged with an epitope, a peptide sequence recognised by antibodies that themselves bear a fluorescent label, so that the growing protein filament can be made to glow and be easily visible in optical fluorescence microscopy.

With a bit of trial and error, the researchers found a protein (based on one found in the bacterium E. coli) that would aggregate into filaments, which they call expression recording islands (XRIs). To record some cellular event, the goal is to couple it to the expression of the filament-forming proteins that have a different epitope attached, so that they will bind a different fluorescent antibody. Then the XRI incorporates more of the new subunits when the event is triggered, and changes colour. After checking to ensure that the filaments themselves don’t perturb the normal behaviour of cells, and calibrating the growth rates to relate filament length to time elapsed, Boyden and colleagues showed they had a system that could indeed register changes in cell state over periods of many days to weeks, at a time resolution of less than a day.

The team has used its method to record the time evolution of a specific cellular event, namely the depolarisation of (mouse) neurons. This is an essential stage of neuronal activation in which the voltage across the cell membrane is changed from its ‘resting’ state by an influx of sodium or potassium ions through ion channels. Depolarisation is known to be accompanied by the expression of a protein called c-Fos: a transcription factor that can promote the expression of other proteins. The corresponding c-fos gene is an example of an ‘immediate early gene’ promoter, whose regulatory behaviour is often exploited to link a cellular stimulus (like induced depolarisation) to the expression of a protein that can act as a reporter of the event. If c-fos activation by cell depolarisation induces the production of a particular tagged protein subunit of the XRI, this imprints a fluorescent record of the event into the filament. By using a virus to deliver the XRI system into the brains of live mice, Boyden and colleagues could subsequently inspect brain slices to see when, over a period of several days, the neuronal stimulus occurred. One could imagine doing the same thing for, say, a drug, recording when and where it induced a cellular response in a live animal.

The method currently has limitations, not just in spatial and temporal resolution but, for example, the fact that it doesn’t work for dividing cells. More fundamentally, it creates only a broad-brush picture of a cell’s activity: a record of what happened to it but not of exactly how the cell responded. This is a physiological diary, not a molecular one. A complete history, as ever, will demand many viewpoints.