Developing new drugs is hard. It’s also expensive, and seemingly getting more so. Therefore it’s only natural that companies will try to wring as much value out of the few drugs that make it all the way to market. 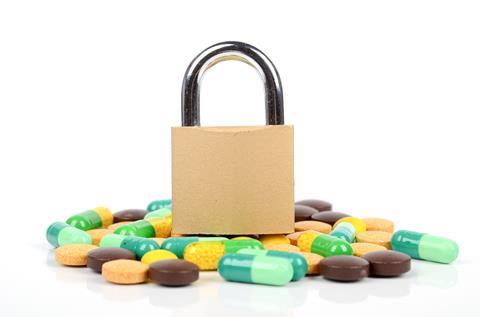 There are various ways to do that, and various mechanisms in place through regulatory bodies to legitimately reward companies with extended market exclusivity. Qualifying for these lucrative extensions rightly requires investment and innovation on behalf of the company.

One of the more controversial is to discover a different disease that your drug works to treat, and get a new patent, with the associated exclusivity. This was what Warner-Lambert (now part of Pfizer) did with epilepsy drug Lyrica (pregabalin). The company found the drug might be good for treating certain types of pain, so applied for a second use patent, and eventually launched the drug, with the associated monopoly.

All was fine while the original patents for epilepsy were in force, but it was when the European patents expired and generic competitor products came to the market that things got murky. Those generics were only technically licensed for treating epilepsy, but Pfizer was concerned that they might be prescribed to treat pain, eroding Lyrica sales. Pfizer secured a court order to compel pain prescriptions to specify branded Lyrica, rather than allowing substitution with generic pregabalin.

After a lengthy court battle, ending in the UK supreme court, Pfizer’s patent for treating neuropathic pain with pregabalin has been ruled to be invalid. The judgment means that the UK National Health Service (NHS) has effectively overpaid for pregabalin by hundreds of millions of pounds in the period between the launch of the generics and the pain patent’s eventual expiry in 2017. In the light of the patent being invalidated, the NHS may try to claw back some of that overpayment.

One of the most interesting parts of the supreme court judgment is its ruling on whether prescribing generic pregabalin to treat pain would infringe Pfizer’s patent or not – and hence whether Pfizer’s actions to prevent generic prescribing were justified. Technically this would involve using a drug ‘off-label’ when an approved treatment exists, which is frowned upon. But in this case the two drugs are identical, apart from in price.

The various lower courts through which the case passed had suggested that some or all of the generic manufacturer, prescribing physician and dispensing pharmacist could be infringing the patent if they were involved in giving a patient generic pregabalin to treat pain. The supreme court’s view is that this is not the case. It is this part of the ruling that could potentially have the broadest affect across the industry – potentially making it less likely that companies will develop their drugs for other diseases without the carrot of extended exclusivity.

Of course, developing a second use is significantly cheaper than starting drug development from scratch, so in many cases it will still be worthwhile – time will tell where the balance lies.