Put the chemistry back in medicinal chemistry

Modern drug discovery was founded on the ability to make small molecules, many resembling natural products. If one looks at the list of drug discoveries and inventions, it is the countries that pioneered synthesis (for example, the US, UK and Germany) that were the birthplaces of today’s industry.

As recently as the 1980s, medicinal chemistry departments were still synthesis-driven. Over the last 25 years, however, the focus on synthesis has declined. Today, synthetic skill is valued and appreciated much less in medicinal chemistry than in chemical development, though it is equally important for both. There are several reasons for this change, but much of the blame lies with the mismeasurement of productivity. 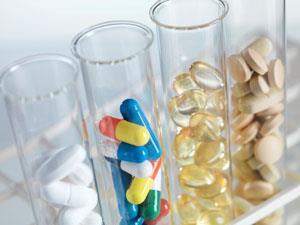 In the late 1980s, with the consequences of patent expiries becoming apparent, the pressure was on R&D to deliver the next round of blockbusters. Led by the mistaken belief that these would be found if we simply made enough molecules, drug invention became a numbers game. The arrival of high-throughput synthesis opened the flood gates and two simple metrics emerged to dominate the industry: the number of molecules per chemist and the number of development candidates per year.

The consequences for synthesis were inevitable. The only way to deliver these metrics was to simplify the task, so synthetic complexity was reduced. Combinatorial chemistry further reduced synthetic diversity because only a small number of reactions were sufficiently general to be useful in library preparation.1

True diversity was lost as chemists stuck with familiar templates and reactions. Also, the additive nature of combinatorial chemistry created molecules with unfavourable properties (lipophilicity, molecular weight) that were less productive than molecules made previously. The dash for numbers also appears to have reduced chirality, presumably because the chiral pool is limited and asymmetric syntheses require additional analysis and optimisation. The evidence is fairly well documented,2 and I believe this is a significant component in the reduction in success rates the industry has suffered.

Productivity is defined as unit of quality produced per unit of effort, but while quantity is easily measured, quality is much harder. Without meaningful measures for both, the numbers become at best useless, and at worst damaging.

The numbers game approach might seem to make sense, considering estimates suggest there are anywhere from 1025 to 1060 small organic molecules with the potential to be drugs (having sufficient activity and the right physical properties). However, a potential drug has many hurdles to overcome on the way to market, and the number of molecules that will actually make it is much smaller.

This subset, let’s call it ‘NDA (new drug application) space’, can be thought of as points of high density scattered around the greater pharmacologically active chemical space. The implication that arises from this idea is that target molecules are specific, and that altering their structure, even marginally, to reduce the synthetic challenge could well make the difference between a compound making it to the market or not. Indeed, there is a growing body of evidence that suggests other factors such as the three-dimensional shape of a molecule can determine selectivity and potency, in addition to its physical and chemical properties.

Given the link between structural and synthetic complexity, I believe the neglect of hard-to-make chemical space represents a missed opportunity to invent new drugs, and the focus on simple syntheses has impaired our ability to investigate this space. It is intriguing to wonder if one might expect a higher density of NDA candidates in hard-to-make chemical space – we can only find out by venturing into it. This will, in turn, change hard-to-make into easy-to-make, because the concept changes with time and effort – when Brillinta (ticagrelor) came into development, production of the first kilogram was a huge team effort. A few years later, we could make tons.

As others have suggested,3 it is time to highlight the deficiency in synthetic skill and start addressing the problem. We must value synthesis as a fundamental aspect of inventing and developing drugs, and have the courage to support medicinal chemists’ pursuit of difficult targets.