Chemists should learn from the past, says Philip Ball, but they may need a history lesson first

In the days before the history of science was a recognised field of academic toil, chemistry’s history was curated by its practitioners. Who else would have been interested in the origins of chemistry at that time, except those who now help it bear fruit? Marcellin Berthelot was one of the first to take alchemy seriously: translating ancient manuscripts and arguing that its apparent fool’s quest for gold led to useful discoveries. James Partington, often considered a founding father of chemical history, was a research chemist at the University of Manchester, UK, and then at Queen Mary College, where another chemist, Frank Sherwood Taylor, founded the history of chemistry journal Ambix in 1937. 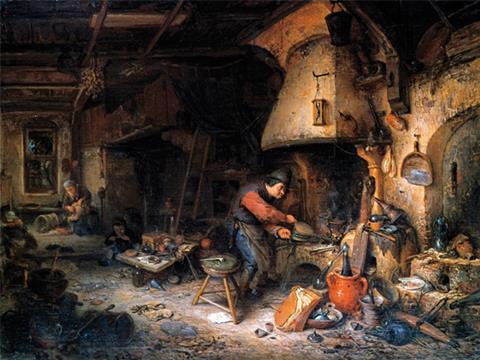 Today, things are different – and not everyone is happy about it. The history of science is now as professionalised as any branch of science itself, and likewise answerable to standards of specialised expertise that leave scant room for the amateur. As a result, chemists who enjoy exploring the lives and works of their predecessors may feel excluded from their own past, undermined and over-ruled by historians who have their own methods, norms and agendas and yet who have perhaps never held a test-tube. Conversely, those historians may despair at the over-simplified narratives practising chemists want to tell, their naïve attachment to the founding myths of their discipline and their determination to filter the past through the lens of the present. In short, the two parties don’t always see eye to eye.

That much is clear from the comments of Peter Morris in the latest issue of Ambix,1 having just stepped down from its editorship after a decade in the position. Morris is measured and diplomatic in his remarks, but his role has evidently not been an easy one. ‘It is unfortunate that the last three or four decades have witnessed a separation (but not yet a divorce) between historians and chemist-historians,’ he writes. This separation is evident from the observation that, while articles in Ambix come mostly from historians, several chemistry journals, such as Angewandte Chemie and the Journal of Chemical Education, sometimes publish (or at least once did) historical pieces from chemist-historians. The editors of these journals, says Morris, rarely ask historians to write such pieces, perhaps because they do not know any, or perhaps because they ‘are fearful that the professionals will transgress against the standard foundation history accepted by the scientists’.

That’s a killer punch. In other words, Morris is saying that chemists defend their myths against those who weigh them against the evidence. For example, an article in Ambix2 challenges the stock account of how Friedrich Wöhler’s synthesis of urea vanquished vitalism and began organic chemistry, but Morris admits this has probably done little to dislodge that widely held belief. Some chemists doubtless still prefer the fairy tale offered in Bernard Jaffe’s Crucibles: The Story of Chemistry: ‘About one hundred and fifty years ago an epoch-making event took place in the laboratory of a young German still in his twenties…’

Chemists are not unique among scientists in displaying a certain antipathy to ‘outsiders’ deigning to dismantle their cherished fables. However, at face value it seems odd that chemists should, as scientists, recognise a culture of expertise and value facts but then resist the authority of those who actually return to the sources and examine the past. Why should this be? In part, it reflects a treatment of history that infuses science, whereby history’s purpose is not to understand the past so much as to explain how we got to the present. This attitude, says Morris, is evident in the way that many chemist-historians will accept only the chemical literature as the authoritative text on history – not the secondary literature that contextualises such (highly stylised) accounts, nor the social, political or economic setting. And while historians find it highly revealing to examine what past scientists got wrong, for scientists those are just discredited ideas and therefore so much rubbish to be swept aside.

But, as Morris stresses, not all chemist-historians think this way, and what sometimes hinders them is simply a lack of historical training: knowing how to assemble a sound historical argument. The trouble is, Morris laments, they may not be interested in acquiring it: ‘Many chemists, although by no means all, are loathe to take instruction from historians, whom they perceive as being non-chemists.’ They might write jargon-strewn, ploddingly chronological papers with no thesis or argument, and refuse to alter a word on the advice of historians. That kind of intellectual arrogance will only widen the divide.

Morris expresses optimism that ‘with good will and mutual understanding’ the breach can be healed. Let’s hope so, because every chemistry student can benefit from some understanding of their subject’s evolution, and they deserve more than comforting myths.