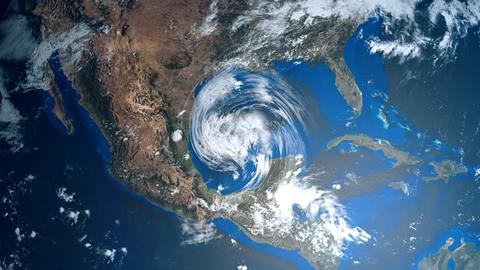 ‘It is not an industrial accident.’ That was the verdict of Gilles Galinier, vice president of communications at French chemical giant Arkema, delivered a week after fire ravaged the company’s facility on the outskirts of Houston. The conflagration was, he said, an unforeseeable consequence of the assault meted out by Hurricane Harvey, which caused floods across the region in late August.

I disagree. Although the fire was small beer compared to the enormous explosions at a chemical storage facility in Tianjin, China, just over two years ago, the Arkema incident still holds vital lessons for chemical safety in the US. It also serves as a warning to all chemical companies in the region that they need to be better prepared for extreme weather events that could become the new normal over the coming century.

There’s no dispute that Hurricane Harvey triggered the accident. It deluged the Houston area with torrential rain, causing flooding that has displaced tens of thousands of people, and claimed more than 70 lives. It also knocked out power supplies at Arkema’s facility in Crosby, where 225 tonnes of organic peroxides were being refrigerated.

When the floodwaters first killed the power, and then the backup generators, workers transferred the peroxides to refrigerated trucks, moving them well away from other flammable and noxious materials. But the trucks, and their refrigerators, were eventually overcome by the flood too. As the containers warmed, the peroxides decomposed and the heat generated caused the reaction to run away with itself, until eventually the peroxide ignited and the containers burst open, shooting flames metres into the air, according to eyewitnesses.

Mercifully, nobody died. About 5000 people living nearby had been advised to evacuate; 15 police officers attending the scene were treated for smoke inhalation. Nevertheless, the event has highlighted key gaps in US chemical safety regulation.

Arkema’s emergency plans for site accidents did not include any strategy to deal with the fire risk posed by these peroxides. That’s because the US Environmental Protection Agency’s current rules on risk management only require assessments based on chemicals’ toxicity.

In the dog days of the Obama administration, the EPA had outlined changes to its Risk Management Programme to strengthen those regulations. It called for companies to reveal the chemical inventories at their sites, to ensure that first responders to accidents had all the information they needed. It also required companies to show that they were considering ways to make their manufacturing processes safer, and demanded more safety audits of chemical facilities. 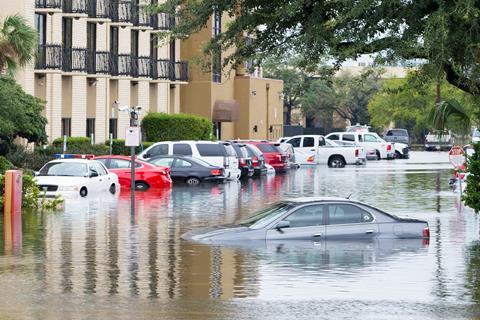 Heavy rains from hurricane Harvey caused flooding in many areas of Houston.

However, the chemical industry lobbied hard against the rule. It argued that disclosure of chemical inventories could make their facilities more attractive targets for terrorists. The current head of the EPA, Scott Pruitt, also opposes the rule, and in June delayed its introduction until February 2019.

Yet this kind of transparency is vital. More than 100 firefighters were killed in the Tianjin disaster, and many of those deaths could have been avoided if they’d had an inventory of the chemicals on site, which included sodium metal and calcium carbide. Instead, they doused the blaze with water, which probably exacerbated the fire. Emergency services need to be well prepared for what they might face during an accident, rather than only finding out once the calamity is already underway.

And for chemical industries that are situated cheek-by-jowl with residential communities, as is often the case around Houston, transparency is simply part of being a good neighbour. Companies must not forget that building trust with people is an important part of their work, because they are ambassadors for the entire chemical community.

The US Chemical Safety Board has already started investigating the accident. But its days may be numbered. President Trump’s 2018 budget proposal would reduce CSB funding to the grand total of zero dollars, effectively closing the organisation. The budget also aims to cut the EPA’s budget by nearly one-third, which would severely hamper its efforts to improve risk management.

Arkema’s was not the only chemical facility around Houston that was hit by Harvey. Others suffered damage that triggered chemical leaks and fires, which will complicate the clean up process once floodwaters recede, in an area that already has serious pollution problems. These incidents amply demonstrate why the proposed cuts to the agencies responsible for chemical safety are sheer folly.

A glimpse of the future

Shortly after the Crosby fire, Richard Rennard, president of Arkema’s acrylic monomers division, told reporters: ‘We didn’t anticipate having six feet of water in our plant.’ Yet the facility lies on a floodplain, and the Gulf Coast is particularly vulnerable to Atlantic hurricanes, its low-lying land easily swamped by storm surges .

Climate scientists are cautious about attributing a single event like Harvey to climate change. But specific attribution is not the point. Climate models predict that storms like Harvey will become more common in a warming world. So the damage it has wreaked offers us a ghastly glimpse into the future. Clearly, chemical companies need to be better prepared for such incidents, and regulatory agencies need to be better equipped to hold them to account. In an age of climate change, failing to anticipate floods is no longer a valid excuse.

Thanks to Gretchen Goldman of the Union of Concerned Scientists for helpful discussion.