Cryo-EM may seem more physics and engineering, but chemistry is its killer app

Every year around Nobel time there are complaints from some chemists that the Nobel prize in chemistry has in fact been given to biology. If you’re one of those chemists, then you’ll be relieved to hear that all of this year’s winners – Richard Henderson, Joachim Frank and Jacques Dubochet – are physicists. The wags over at Physics World were presumably quite chuffed to run the story ‘Physicists bag chemistry Nobel’. Cheeky sods. 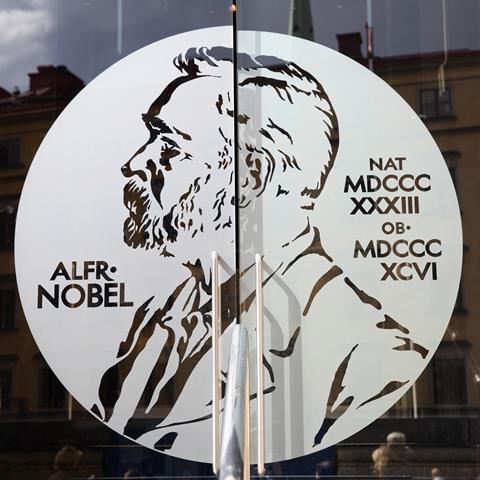 And it’s true that there’s not really much chemistry in cryo-EM. If we’re crediting all the fields that contributed to the technique then the prize probably goes to physics, engineering, mathematics and computation. But so it is with so many of the lenses we use to look at molecules – cryo-EM is just the latest example. The key thing that joins them all is that chemistry is the killer app.

For example, when nuclear magnetic resonance was first demonstrated it was good for measuring magnetic moments, or building an atomic clock. But when the distinctive doublet and triplet spectrum of the ethyl group first appeared, suddenly chemists took notice and there followed a revolution in science. Chemists no longer needed to make derivatives to deduce a structure – and they had direct proof that their structures were ‘true’.

That captures something of the spirit of chemistry too. The images that cryo-EM produces satisfy our desire to ‘see’ the atoms and molecules that can seem so abstract. Chemists respond to the aesthetics of these images and the tactility of the models; we want to see their shapes, build them and hold them in our hands. As Ben Feringa, another Nobel laureate, says in this month’s In situ, the chemistry he fell in love with was ‘chemistry that you can see and smell … beautiful crystals and colours’.

Another ‘proper’ Nobel chemist, Rick Smalley, expressed a similar sentiment. In the years that followed his paper with Harry Kroto and Robert Curl, which first proposed the structure of buckminsterfullerene, he apparently longed to hold a sample in his hand. ‘I just want to see it,’ he reportedly yearned. I’m sure he would have been even more satisfied to see TEM images of fullerenes, and I can imagine generations of chemists who never got to see their molecules still yearning in their graves.

In that respect, we could perhaps regard this year’s prize as an award from, rather than for, chemistry – gratitude for the gift. And as a celebration of scientists from different fields all working together. After all, this year’s medicine prize for the molecular basis of circadian rhythms looks rather like chemistry to me.

As an aside, discussing whether the prize has or hasn’t gone to chemistry can seem blinkered without also acknowledging other groups that are not being represented. In chemistry, well over 90% of the nominations are for men and at least 80% of those supplying the nominations are men (with similar figures for many of the other prize categories). Which is not to diminish the achievements of any of our Nobel laureates; if more of them are men then it is because of science’s regrettable track record of excluding and marginalising women. But if we’re going to talk about who isn’t getting recognition, there are other places we should look too.