Medal is believed to be one of just eight ever sold 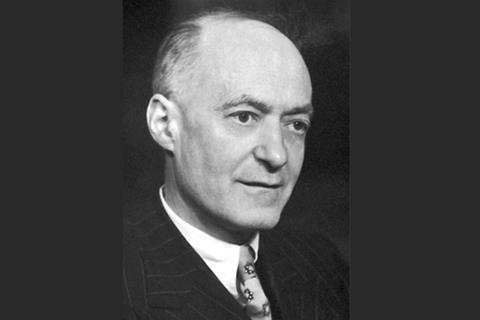 The 1956 chemistry Nobel prize medal won by Cyril Norman Hinshelwood for his research on the mechanisms of chemical reactions has been put up for auction. 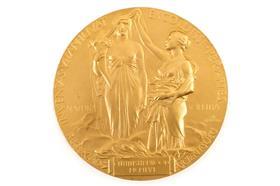 Hinshelwood was a physical chemist who worked in an explosives factory during the first world war, after which he became a lecturer and later a professor of chemistry at the University of Oxford. He is known for his early studies on molecular kinetics, as well as work on bacterial cell chemistry that would prove vital for later research on antibiotics. Hinshelwood shared the 1956 chemistry Nobel prize with Russian chemist Nikolay Nikolaevich Semenov. The prize recognised Hinshelwood’s theoretical work on chemical kinetics, particularly chain reactions. He showed that his theories on chain reactions corresponded with observations of the reaction between oxygen and hydrogen. As well as the 1956 chemistry Nobel, he was awarded a knighthood and numerous other prizes and honorary degrees during his lifetime.