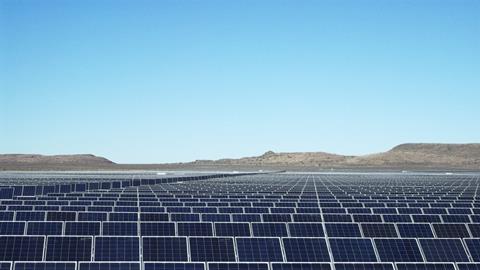 In the third quarter of 2019, for the first time ever more electricity was supplied to homes in the UK by renewable sources than by fossil fuels. And in 2020, renewables were the main source of electricity in the UK for the whole year, accounting for 42% of production. A decade ago, that figure was 7%.

That remarkable change is being repeated around the world as countries shift their energy mix to a more sustainable footing. It shows what can be achieved when the drivers of change are harnessed and directed toward a common goal. Yet as our feature article on sustainable solar explains, there is still much to be done.

Most of the surge in renewable energy has come from wind power and this month’s cover star, photovoltaic (PV) panels – which have become one of renewable energy’s great success stories. Globally, the installed capacity of PVs has grown exponentially over the last few decades, increasing tenfold in the last 10 years to over 600GW today. Over 1 million UK homes now have solar panels, and photovoltaics supply about 4% of the country’s electricity. In some parts of the world where the latitude and climate offer a more profitable lux, they account for almost a tenth.

Political leadership is needed to make the move to a circular economy, because it will come at a cost

That success is the result of political, economic and scientific factors working together. An analysis in 2019 by researchers at the Massachusetts Institute of Technology, US, found that ‘market-stimulating’ policies were the single biggest factor responsible for the huge cost reduction in solar cells. Government-mandated targets for energy companies’ renewables production together with feed-in tariffs were the sticks and carrots that generated demand, harnessing market forces that drove collaboration, innovation and standardisation in the sector that in turn enabled more efficient mass production. The cost of panels plummeted, and their efficiency increased.

The majority of that market has been silicon solar cells. Other technologies are available, but bear in mind that silicon PVs have already had 40 years of development. Given the timescale of change and the infrastructure already in place for producing and processing silicon, it will be the material of choice for years to come. Hundreds of kilotonnes of polycrystalline silicon are produced for PVs annually and acres of silicon fields have been sown across the world.

Yet while the sunlight that powers them is effectively inexhaustible, the cells themselves are not. As James Mitchell Crow’s article explains, panels installed in 2010 will start to fade in the 2030s. And the problem of what to do with those panels and their precious components highlights a much broader issue of sustainability: 40 years of development in silicon PVs focused almost entirely on making them cheaper and more efficient, with little regard for what happens before or after they are made. True sustainability means addressing a product’s whole life cycle, from beginning to end.

For example, reducing and refining silica to produce high-purity silicon has a substantial energetic and environmental cost. And while panels can be recycled, the output of that process is often not much better than grit. The Royal Society of Chemistry’s Elements in Danger campaign highlighted just how much e-waste we generate, and that our modes of production are unsustainable.

The good news is that policies and international cooperation can also effect change here. The United Nations Environment Programme has proposed (among other options) setting up a global panel for chemicals and waste, similar to the Intergovernmental Panel for Climate Change (an idea backed by the RSC). And initiatives such as the EU’s Green Deal recognise that the linear ‘make, use, dispose’ production paradigm gives insufficient incentives for producers to tackle their supply chains and waste. Political leadership is needed to make the move to a circular economy where waste is reduced and materials and resources are recouped, because it will come at a cost.

And there will always be a cost. Negotiating multilateral agreements must be an arduous task, but pity the poor chemists who have to cut their deals with intransigent thermodynamics. You simply don’t get something for nothing.