As a harsh, hectic winter begins to thaw, the mind often wanders to the seasonal delights in store for the coming months. Ice cream, candy floss and juicy summer fruit swim up out of the warm waters of our subconscious. They stick to our molars, cling to our hands and faces, and leave tacky trails on anything they touch. These memories evoke a signature privilege of the carefree summer months – the luxury of messy, sticky foods. 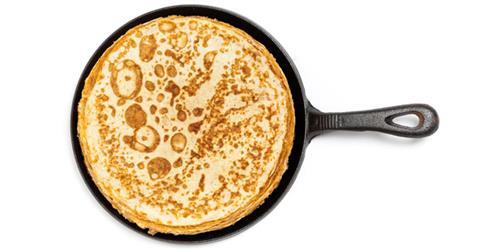 The physics of stickiness involves some of the most complex phenomena in the food world. However, for the purpose of enjoying and preparing sticky food, we can start with a somewhat simpler concept: adhesiveness.

Adhesiveness, the mutual affinity between food and a surface, is a common theme shared between all sticky foods. There are dozens of theories for why food adheres to surfaces, and millions are invested every year by the food industry in trying to control it. In truth, the nature of adhesion in most situations depends on several factors. Simple mechanical interactions, primarily the interlocking of food with irregularities on a surface, adhere melted ice cream and salmon fillets to the ridges of your fingerprints or the gritty iron of a neglected grill. We can use this phenomenon if we rough up the surface of a doughnut before glazing, or score chicken and dredge it in flour before battering. 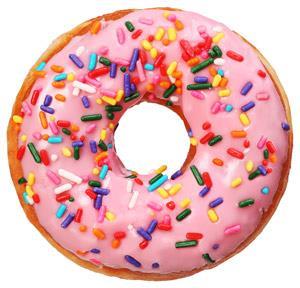 For example, non-stick coatings have been specifically formulated to discourage disulfide bridges forming with gluten for use in factories processing bread dough, while other processors pass electric currents through contact surfaces to inhibit various forms of ionic bonding.

For all types of chemical interactions, increasing the contact area between food and a surface increases the chances of adhesion. For liquids, this contact area is largely dependent on the thermodynamics of wetting. If a liquid and a surface have high chemical affinity, the liquid will spread out along the surface to maximise contact. Weak electrostatic interactions such as van der Waals forces add up over bigger surface areas, compensating for situations where there is a lack of stronger covalent bonds. This is one of the reasons why we coat cooking surfaces with lipids prior to cooking protein-rich foods – the hydrophobic cores of the denatured proteins form an ideal surface for lipid wetting, preventing the egg, chicken or pancake from interacting with and adhering to the pan.

Adhesion is an indispensable component of stickiness, but it’s limited to the surface of food: to really grab our attention a sticky food must also be cohesive. Of the fundamental building blocks that hold food together, proteins and polysaccharides have the biggest impact on the cohesiveness of food. 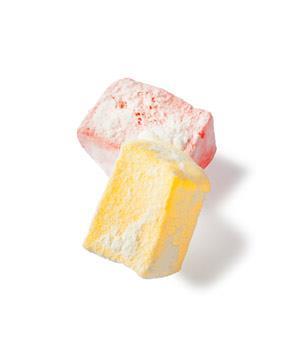 Turkish delight is coated with icing sugar, partly to minimise its stickiness

Smaller molecules, such as sugars and amino acids, lack the ability to form these interconnected networks. Instead, they contribute to stickiness by simply increasing viscosity, as seen with honey and barbecue sauce.

This thickening effect makes them slower to drip off a surface, thus increasing the perception of stickiness.

As viscosity goes up, so does stickiness… to a point. As food approaches the glass transition – the point where a viscous liquid becomes an amorphous solid – it becomes harder and harder for it to adhere, as any substance must be somewhat pliable to properly contour to a surface. This one of the reasons why the dehydrated surface of a crusty, well-seared steak is much less likely to stick to a pan than a raw steak going into the pan at the outset of cooking.

But we must always remember that our feelings toward sticky foods are highly dependent on context. While we may love the tackiness of long-cooked, gelatinous lamb shanks, many view gummy potato gnocchi as a failure; and while the sticky interior of good Turkish delight is fantastic, the treat is coated with icing sugar to spare our fingers from sharing the same experience.

Once we understand the basic principles, we hold the key in deciding when and where we want our food to stick. 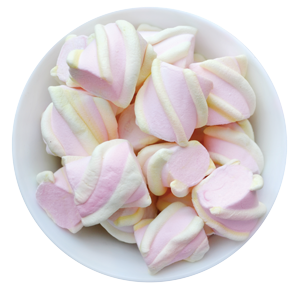 This recipe comes straight from the brain of chef Aaron Koseba. He is a master of sticky foods, and this treat is one of the more adhesive and cohesive things you will ever come into contact with.

The gelatine used to make the marshmallow provides the polymer structure to create the internal cohesion needed, and the mixture of glucose and small oligosaccharides in syrup creates a tacky, adhesive surface. You should dust the marshmallow sheets with icing sugar and freeze them before attempting to cut them in to your desired shape – this will help control adhesion and save you a lot of headache.

This marshmallow recipe is basically a blank slate, allowing you to add your own favorite flavours. For example, you could use juice or other flavored liquids in place of water in step 2, or try adding cocoa powder, ground tea or spices to the icing sugar before dusting.

As always, the fun part is eating what you’ve made. You could grill your marshmallow and spread it over toast, use small cubes as a topping for your morning coffee or an ice cream sundae, or simply top it with jam and toasted nuts and enjoy it on its own.

1) Soak the gelatine in 300ml of warm water, then place in a mixer bowl with whisk

5) Increase whipping speed to medium–high. Continue to whip until the mixture is just above room temperature (the marshmallow should be thick but still pourable)

6) Line a tray or dish with cling film, spray with nonstick spray, and dust with icing sugar or cornflour. Pour the marshmallow then freeze for at least two hours

7) Cut frozen marshmallows into desired shape. Dust cut edges with more icing sugar or cornflour. Thaw for one hour and serve, or refrigerate for later